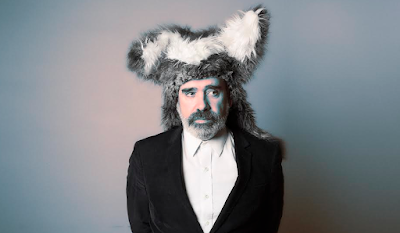 If the Internet has taught us anything, it's that we love watching videos and pictures of cats and dogs. In their upcoming Melbourne Fringe show, All The Animals We Ate, spoken word poet Sean M Whelan and performer James Tresise explore the complex relationship between humans and animals and how we deal with love and loss.

'The reason we started making All the Animals We Ate was because I was struggling to respond to the passing of my mother last year. I saw that Sean's beloved spoodle Cady had passed and that was the impetus for me to ask Sean to collaborate on a new work," Tresise explains. "We built this play from the ground up using a series of theatre games that I adapted to generate a written script. It was a really fun and lively way to deal with some of the more challenging themes we decided to tackle. It also became very evident that this work required both Sean and I to perform it, so excitingly Melbourne audiences will be treated to the acting debut of Sean M. Whelan!"


Whelan and Tresise have previously worked together on their acclaimed 2013 Melbourne Fringe show, Everything All The Time, alongside electronic musician, Damian Stephens. This time round, they are expanding their circle with new collaborators, Maize Wallin and Thomas Ingram. "In making All the Animals We Ate I knew that I would return to that core collaboration with Sean and Damian and that we had to just trust ourselves and hope that the audience would enjoy their second date with us," Tresise says.

"Thomas and Maize are also wonderful new collaborators. They're very tech savvy with an incredible sense of theatre and performance. It's been a pleasure getting to know them and their work through this process. I think the best collaborators add something that you didn't realise you needed. So when they contribute to the work it becomes something more incredible than one mind can possibly conceive. Damian, Maize and Thomas really have this skill as collaborators and I do my best to see what this world we are making for an audience can be with their contributions."

Even with the name of the showing sounding like it could be teaching vegetarianism and animal rights, Tresise insists this is not the case. "The title All the Animals We Ate is actually a line I lifted from one of my favourite poets, Sean M. Whelan, but this is not a work that you will leave thinking, 'gee I get it, I shouldn't eat meat', I eat meat. The play isn't about that. It's about love and connections and saying goodbye. It's deeply personal and also wonderfully epic. It's been an incredibly cathartic experience for Sean and I."