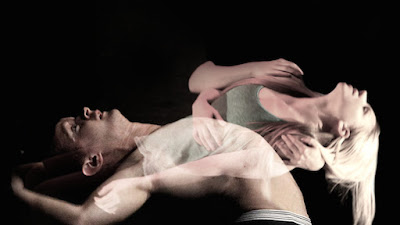 I first saw Plunge (then called Blending) at La Mama during its 2014 Explorations Season, which supports new works in various stages of development. Almost a year later, this evocative performance piece is now debuting at Melbourne Fringe. Looking at the various possibilities that can develop from a single moment of two people meeting each other, Plunge merges contemporary dance, narrative and text using one actor, Jean Goodwin, and one dancer, Joel Fenton.

"A lot of the show comes from the idea of touch, unwanted or wanted, the desire of some one you want and the acceptance and rejection of advances," explains Darren Vizer, choreographer and director of Plunge. "There is also a power play going on as we look at love, first romance and the not so nice side of being rejected."

"The name change from Blending was because initially the work was about blending dance and acting but now they are plunging into both mediums but we have still kept the original bones of the work," he says. "Joel's dance solos have extended and developed, they are more dynamic and expressive, he is flying through the air now, his acting has grown a lot now. Jean has developed her text through the work more with what she is trying to say and her movement has grown and expanded where she now has her own solo."

In its original form, I found it intriguing watching an actor become a dancer and a dancer become an actor. Even now, with the push to take the performers to their extremes, Vizer has found the learning process for them surprisingly easy. "I have been working with Joel and Jean for a few years now, when they performed in the final work for my Masters of Choreography at VCA. Joel is so expressive, he reads really well, he is a very open performer and listener and Jean is a really strong actor, she embodies the role very well, she is very adaptable and take on board directions and stimuli really well."

Both performers have been along for the ride with Vizer since its inception, having had their input into the creation of Plunge and how the themes have been explored. "There is a lot of task based exercises, improvisations, documentations writing and video recordings. Sometimes we started with a single stimuli and the space, and would work out how to get them emotionally affected by it. My work has a lot to do about working in affected states of mind, and driving movement and text from this."

Plunge is bound to connect with audiences as it encapsulates the many outcomes of a single gesture. While not all moments are going to be happy endings, it is the raw performances from its two stars that are definitely worth seeing.