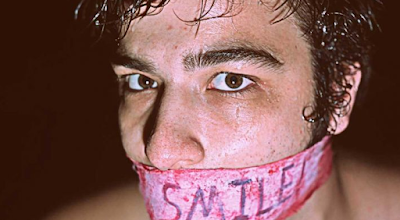 Daley King has been living with depression for over a decade, and longer, if you consider the fact his father has also lived with it. In his 2015 Melbourne Fringe Festival show debut, I’m Not Alright, King takes us on a poetic journey on mental illness via physical theatre, jazz soundtrack and puppets.

Apart from using his own experience, King has interviewed a variety of people with mental illness to create this story. King has a great ability to engage us with the poetic flow of his words as they paint a picture of a person who is struggling with his sadness and loneliness. The jazz music creates a contrasting image of laughter and chatter that signifies the mind-set that people with depression can have without King needing to explicitly state.

King uses a puppet look-a-like of himself as his inner voice, invoking some light humour into the dark territory that is depression and suicidal thoughts. The use of the puppet reminds me of my childhood, and that as children all we ever want it to be loved and to feel safe. It adds a vulnerability to King without him having to fall into cliché or stereotype.

While King does well in sharing and performing this intimate story, the narrative itself could still do with some fine-tuning, in particular the build-up to the conclusion. The ending occurs quite abruptly and seems to falter somewhat in retaining the thoughtful momentum King has established. At the end of the show, he explains that I’m Not Alright is still a work in progress and the impact of the finale is probably where he needs to focus his attention.

I’m Not Alright is a touching but unsentimental exploration go mental illness with a person suffering from depression. Despite its topic, the show ends with a hope for a better future, and with further development and a stronger narrative, there is a distinct chance King’s show will have a promising one too.

* Original review appeared on Theatre Press on 30 September
Posted by Myron My at 23:50