All the Animals We Ate review - Melbourne Fringe 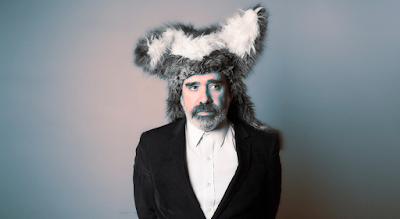 Last year, James Tresise’s mother passed away. During that same time, Sean M. Whelan’s pet spoodle passed away after 13 years. In All The Animals We Ate, the two come together to grieve and mourn the passing of someone they love and to celebrate their life. Death may be the end of one thing but it not need be the end of everything.

There is a lot of heart in this show; it’s hard not to feel sadness as Whelan’s recalls the moment he found out his beloved dog, Cady, had died. Despite the show being predominantly about the loss of animals, we are invited to link these experiences to any sense of personal loss we’ve had, let it be animal or human. This empathy is created in part through the animal impersonations the two performers take on throughout, emphasising their connections to human beings.


Technically, the show comes together in a very subtle but effective way. The music is nostalgic and creates a sense of yearning and supports the visuals that are being projected on the wall. If Whelan’s words alone are not enough to imagine the environment and emotions being described, the music and projections more than do that, transporting us away from the show and into their stories.

At times however, the story itself gets a little lost with everything they are trying to say. There are moments of dialogue that don’t seem to have a real clear purpose, such as that about dinosaurs, or that seemed awkward and out of place, such as the urination on the lemon tree anecdote.

There are some beautiful moments where the connection between being an animal and being a human is touchingly affirmed. With a little more clarity and structure in the story Tresise and Whelan wish to tell, All The Animals We Ate can be a beautiful homage not only to Cady but also to everyone that anyone has ever lost.

* Original review appeared on Theatre Press on 21 September
Posted by Myron My at 09:32