Fabio Motta is off the leash with his Melbourne Comedy Festival show "Spot". 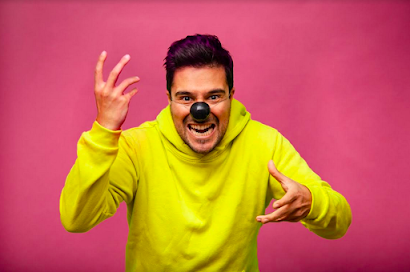 You can't help but see Spot, a fictional puppy from the 80s, as this cute animal always finding himself in all sorts of adventures due to his curiosity and eagerness. But then you probably haven't seen Fabio Motta's Spot. Returning for a second season as part of this year's Melbourne International Comedy Festival, this adorable pup becomes the antagonist in Motta's story that explores just how much of a multicultural haven Australia is. Inspired by true events, Spot is a contemporary immigrant tale of Mario, a young migrant to the country working towards his dream of becoming a “very good English actor!”

A performer for a number of years, the inspiration for Spot came at a surprising moment for Motta. "I was doing a vocal warm-up and out of the blue, found myself unconsciously saying “Why did you take me away?” which ended up with me having a big cry as I recollected, as a small child, never having had a say when my family migrated to Australia from Italy," he recalls.

It's clocks, drugs and dopplegängers in Alex Hines' Melbourne Comedy Festival show "To Schapelle And Back" 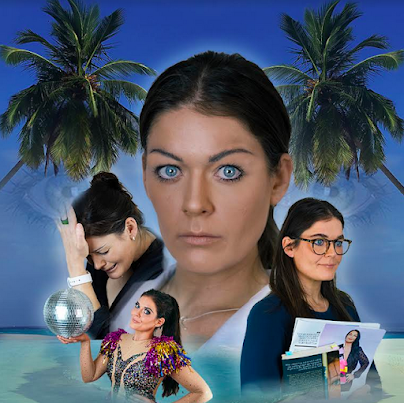 Sometimes truth is stranger than fiction but in her upcoming Melbourne International Comedy Festival show, Alex Hines brings truth and fiction together to create a twisted and outlandish production based on a true story and inspired by her real life friendship with Schapelle Corby. Hines, who bares an uncanny resemblance to Corby brings her uniquely outrageous humour to this show which last year won her Best Feminist Work and Best Work by an Emerging Artist at the Melbourne Fringe Festival for Juniper Wilde: Wilde Night In.

You would be pretty hard pressed to find someone in Australia unaware of who Corby is, having spent almost the last twenty years hounded by media and facing intense public scrutiny. In 2004, a then 27 year old Corby was on her way to Bali when she was arrested and later convicted of smuggling cannabis into Indonesia. She was released from prison nine years later in 2014 and returned to Australia in 2017. To this day, she maintains she did not know about the drugs in her bodyboard bag and that they were planted there.

This story has been something Hines has always been fascinated by and after years of obsessing over it, she's finally getting to perform this to Melbourne audiences. "Years ago, my friend and I were talking about creating a solo show about Schapelle. We were inspired by spooky doppelgänger stories and wanted to make an Australian Gothic extravaganza about a fairytale gone wrong, and it’s been bubbling away ever since then," she says. "Then in 2018 I made a show with Emily Carr and Kaitlyn Rogers called Queenz (nominated for Best Comedy at Melbourne Fringe) about Schapelle as a feminist icon, which was chaos and hilarious, but I still wasn’t done." 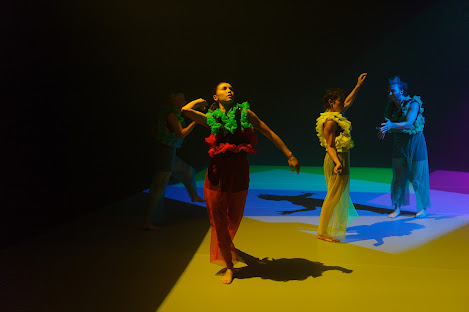 The world premiere of Lucy Guerin Inc.'s Flux Job is an enthralling piece where four dancers navigate the personal and the shared experience of going through a traumatic event. Created during the Melbourne lockdowns as a response to the pandemic, while not explicitly referring to it, the piece provides an opportunity for the audience to consider how we have changed and how we can come together in this strange new world we are living in.

The collaboration with Flux Job is evident with its design team consisting of Paul Lim's lighting, Andrew Treloar's vibrantly flowing sheer fabric costumes and Jethro Woodward's sound completely supporting each other. Along with Adena Jacobs' dramaturgy in the scripted word portion, and the choreography, the purpose of the show and the thoughts raised in it are fully fleshed out, giving us plenty to think about. 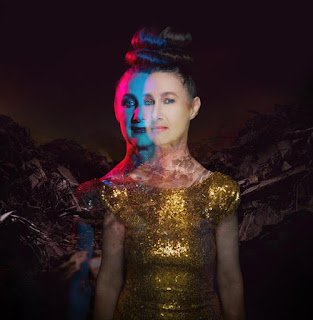 You can feel the anticipation and excitement in the foyer the second that director Moira Finucane comes out to greet us and let us into the venue at Arts Projects Australia Gallery. Presented by the powerhouse duo of Finucane and Smith, The Destroyer has been reworked and reimagined by writer Jackie Smith various times throughout the numerous lockdowns Melbourne experienced over the last two years. And the wait is definitely worth it.

The Destroyer consists of three monologues from three mythic sisters that explore contrasting thoughts around the end of the world. From fury to hope, vice to virtue and isolation to extinction. Maude Davey opens up the show with "The Destroyer" and she sets the bar for three strong and powerful performances. Davey has a knack of simultaneously being in the moment with her character while connecting with the audience as if she is speaking directly to each individual in the room.
Read more »
Posted by Myron My at 09:58 No comments: