Melania Trump. The First Lady of the United States of America. The wife of Donald Trump. A model. What else do we know about her though? Presented as part of the Melbourne Cabaret Festival, Ron Elisha’s I Really Don't Care is a confessional cabaret in which Melania shares her inner most thoughts, desires and dreams, without concern for any repercussions.

Performer Kate Yaxley puts in a strong effort in her portrayal, but you can’t help but notice how terribly miscast she is for this role. While I don’t know Yaxley’s age, she is far too young to be playing a woman nearing 50 years of age and her appearance – particularly her hair colour and style – does not match that of Melania’s. Yaxley’s Melania is animated and lively, something we don’t see from her in public and while it’s fine to do this, some explanation as to why she is like that needs to be clearer. If you’re going to create a piece of theatre on a living person, (unless it's explicitly stated why) there needs to be some resemblance to that person, and in this case both appearance and personality do not match what we have seen and come to know about the First Lady. 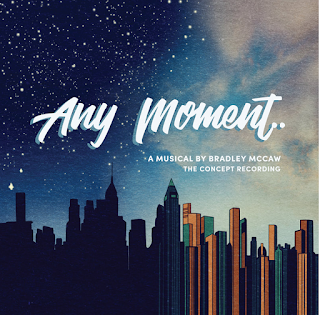 It’s always exciting to witness new Australian musical theatre being staged, and it’s even more of an experience seeing a production build towards its debut. Presented as part of the Melbourne Cabaret Festival, Bradley McCaw’s concept performance of Any Moment was an opportunity for the creative team and cast to try out some of the songs from the musical and have a play with the musical arrangements.

Any Moment is set to take place over 24 hours beginning at midnight on New Year’s Eve as we follow the stories of several individuals from a single town. As this is a concept performance focusing on the music, we don’t really meet any of the characters or explore any narrative thread, but the songs chosen do give a good insight into the lives that they lead.

There’s plenty of Aussie humour in the songs, with a nod to The Castle in the opening number "Twenty More Till", and a later one where a character expresses how much he loves a woman in “Top Shelf”. “The Door” duet is a touching moment and can see this being a winning number once we get to know the characters. While it’s not confirmed which songs will be in the production, it will be sorely disappointing if this is not included. With musical direction by Shanon Whitelock, there’s a variety to the style and genre of songs McCaw has penned, including “Coming in From The Suburbs” which allows for the different types of people that reside in this town to be shown. 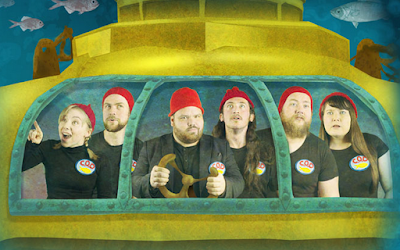 Our oceans are dying and no one seems to care, but Picked Last For Sport is here to change that. With an aim to create environmentally sustainable and educational theatre, the company brought their award-winning documentary style cabaret Creatures of the Deep back for a short run during the Melbourne Cabaret Festival. Through some delightfully charming original songs and marvellously designed props, our Jacques Cousteau-esque narrator and his four unpaid interns dive deep into the ocean to introduce us to the various sea life that exist down below.

The performers - Jake Edgar, Cat Sanzaro, Ryan Smith, Sean Sully and Sarah Wall - have strong voices and ensure the songs they take the lead on are ones that will bring maximum use of their vocal range. Wall is particularly impressive with her sultry pink meanie jellyfish number, as is Sully's acoustic rendition on what it's like being a pregnant male seahorse. 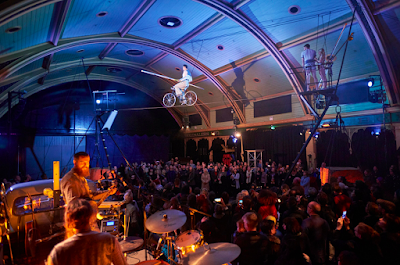 In a stunning collaboration between Circus Oz and Company 2, contemporary circus is seen in an exhilarating new light with their show Wunderage. With a focus on balance, this immersive show has the performances leaping off the stage and heading straight into the audience. This fresh concept of no seats and no barriers elevates Wunderage to being a truly unique experience resulting in an awe-inspiring evening.

Being able to walk around and in some cases stand directly under the performers as they balance themselves on a tightrope might be novel for audiences, but one can only imagine what this is like for the performers who are able to clearly see every movement and hear every word from the wide-eye crowd. Even in such close proximity, the ensemble - Phoebe Armstrong, Jess McCrindle, Kane Peterson, Chelsea McGuffin, Dylan Singh, Lachy Shelley, David Trappes and Skip Walker-Milne - remain extremely focused on their routines but actively engage with the audience when roaming through the space. 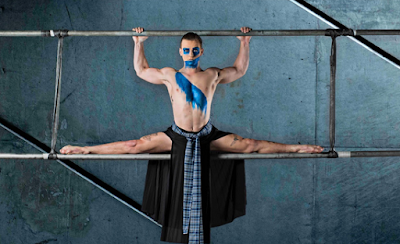 You don't have to look too hard to notice that Melbourne has people from diverse cultures and communities living in it. We each have a story to tell and when you think about it, those stories are not that different from one another. Dispersion is a new circus show presented by the National Institute of Circus Arts (NICA) that gives an opportunity to its second year cohort to showcase their skills while exploring the idea of belonging and togetherness through some highly entertaining acts.

There is an intelligent and reflective narrative in Dispersion that emphasises identity and acceptance. Directed by Zebastian Hunter and Meredith Kitchem, all the acts are seamlessly integrated into the story resulting in a gripping emotional response from the audience. One of the highlights of this is how the opening and closing acts complement and contrast with each other and provide a satisfying and earned conclusion.

When The Light Leaves review 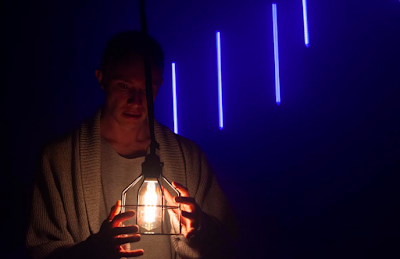 Imagine you’re a 34-year-old man with a job that while you might not love, it allows you to live the happy life you lead. What you do love however is your boyfriend and the house that you share. You have dreams of travelling the world together. Now imagine getting diagnosed with terminal cancer. What happens next? In Rory Godbold’s first play When The Light Leaves, this becomes a reality for one person who needs to make one of the most tragic – and controversial – choices of his life.

When The Light Leaves non-linear narrative consists of numerous shifts in time and perspective that allows for the story to be told with significant care and development. Fortunately, the cast that has been assembled is more than able to meet the challenges of this production, especially Tomas Parrish who plays Dan, the aforementioned 34-year-old. He displays great ability to equally highlight Dan’s resolve and fear and in switching from being broken and pained to carefree and hopeful. Leigh Scully elicits a touching sincerity as Liam, Dan’s boyfriend, as he finds himself in denial of the future that is facing the couple. Together with Parrish, the relationship they present on stage feels like it has a genuine history and with a deep felt connection between them. 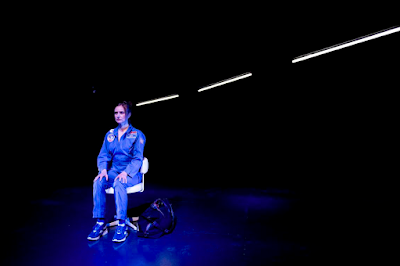 In 2007, NASA astronaut Lisa Nowak, embarked on a 14-hour drive to confront her ex-partner's new girlfriend. When apprehended by police, they discovered a wig, a BB pistol and ammunition, pepper spray, an 8-inch knife and a hammer in her car. This was clearly not intended to be a friendly visit. Drive, a new Australian work by Rebecca Meston, looks to explore not only what causes a woman who seemingly has everything to have a complete breakdown and become enveloped by revenge, but also to contemplate the expectations that are placed on women by society to play certain roles.

Unfortunately, Drive is unable to live up to the excitement of its origin and spreads itself far too thin as it attempts to make a commentary about the various factors surrounding this event. The production is too cold and distant in allowing the audience to understand our protagonist's frame of mind, and this comes mainly from the writing and the direction. Considering that Nowak wore adult diapers during her drive to prevent any unnecessary stops, Meston's script has no sense of urgency and is void of any tension and suspense. Sasha Zahra's direction is too focused in theatricality and not from a connection or emotional response to the story. 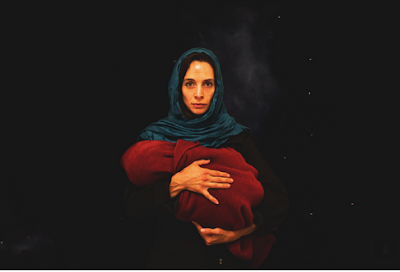 Unless you've lived through a war, it would be near impossible to understand the thoughts and feelings of those who have survived one. However, in Samah Sabawi's THEM, the audience is presented with an intimate exploration of five people who are caught in a war zone in the Middle East and the decisions they must make to simply stay alive.

Leila and Omar (Priscilla Doueihy and Abdulrahman Hammoud) are a young married couple with a baby, facing the agonising struggle of either leaving their village to become refugees for potentially the rest of their lives or staying put and seeing what eventuates. Omar's friends, Mohamad and Majid (Reece Vella and Khishraw Jones-Shukoor), each have their own issues to deal with as they plan their own escapes. The arrival of Salma (Claudia Greenstone), Omar's sister, who had made some questionable choices during the war, provides hope and despair for these people, which could ultimately lead to her own undoing.