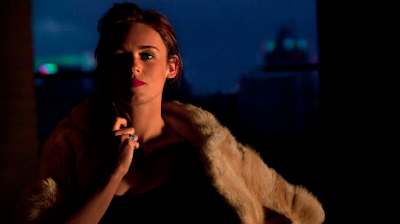 My second play by writer Adam J. Cass during this Melbourne Fringe festival continues with his running critique of society and the treatment of its people. However, unlike the refugee theme of Fractured, Bock Kills Her Father deals with the long lasting effects a group of women must deal with at the hands of one man.

Penny Harpham's strong direction never allows the action on the small La Mama stage to become overwhelming or cramped, especially with five aggressive and angry characters on stage. The choreography for the fight scenes is executed well with some very convincingly painful moments. There is only one time where the fight scenes disappoint and that is when Sarah (powerfully played by Annie Lumsden) is attacked. Due to the hardness of the adult women we had previously seen, it felt more like something young children would do to each other and as such, its intensity was lost.

Despite this, Cass has created a script that draws the audience into the pressure cooker of how a patriarchal society - and in this case, a cowering unseen man - still has the power to control these women's lives. For the most part, the language is raw and authentic and I could not help but be reminded of Patricia Cornelius’s Shit, which played during MTC’s NEON season earlier this year. In fact, thematically, Bock Kills Her Father, could easily be appreciated as a prequel to Shit, in considering how the cycle of women being victims will continue to repeat itself if society does nothing.

These women however - the five actors on stage - do a great job in their physically and emotionally demanding roles. Emina Ashman, as the slightly unhinged D'Agostino, captures the attention of the audience in every scene she is in. Ashman’s portrayal is a perfect combination of endearing, annoying and incredibly frightening. Together with Marissa O'Reilly and Ruby Hughes (as Taylor and Chambers), the three women are all highly convincing in their characters and the relationships between each other. I would have liked to see Emma Annand be pushed slight more with Bock in ensuring all her character choices seemed genuine and not forced.

While Bock Kills Her Father isn’t the most polished of works, the grittiness and dirtiness of the world we find ourselves in, makes it work in its favour. Nothing is ever going to be perfect for these women, they are unlikely to find inner peace and let go of their rage until those who have done them wrong are forced out of hiding and be accountable for what they have done. Bock Kills Her Father is an enthralling piece of Fringe theatre that has a lot to say about society's treatment of women.

* Original review appeared on Theatre Press on 21 September
Posted by Myron My at 19:20