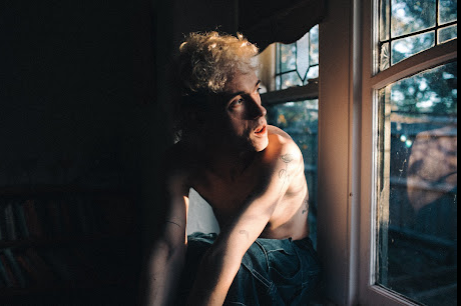 Eden is a young gay man in a rural town. He spends most of his time having random hook-ups with older men he meets online. A beachside encounter with a man called David opens up a world of possibilities for him, but at what cost? Presented as part of the Melbourne Fringe Festival, Benjamin Nichols' new play SIRENS, in which he also stars in, is a stirring piece of theatre that speaks of the queer experience and the need we all have to be loved in some way.

Nichols is absolutely phenomenal as Eden. The way he carries Eden's dreams, aspirations and his heartbreak is utterly captivating to watch. His switches to secondary characters are seamless as he instantly takes on their mannerisms and voice. It's difficult to not get emotional from how convincing the bonds between Eden and David and Eden and his mother are displayed and how they develop.

Director Liv Satchell brings beautiful moments to the stage and some very unforgettable imagery. The first night that Eden and David have sex is equally sensual and sexual, and excellently supported by Harrie Hogan's lighting design, and the scene with Eden and his mum at the beach is so simple but yet so powerful. It's a brave choice to have a monologue performed with no props or set, but Satchell elicits a riveting performance from Nichols as he uses all of his body to tell the story.

Connor Ross' soundscape is the perfect addition to the production with its constant subtle presence that serves as an exploration of Eden's feeling as well as his environment. The entire sound design succeeds in showing just how stuck Eden is, his desperation to get out and the ray of hope that David offers him.

Nichols has crafted a story that is so unflinchingly raw and honest that it ends up being something you've not seen before. Given we are in October, it is safe to say that this will be one of the best shows of the year.

Click here to read our interview with Benjamin Nichols.