Such An Inspiration review (Melb Fringe) 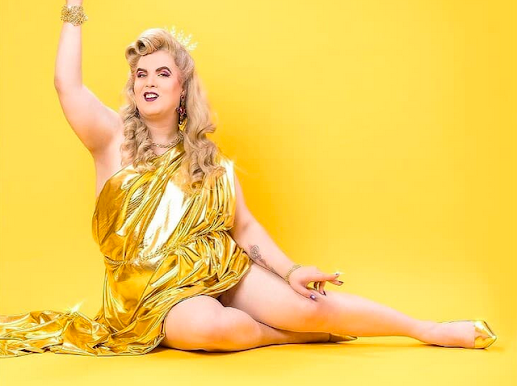 I walk into the venue five minutes before the show is scheduled to begin and comedian Anna Piper Scott is already working the crowd. She's learning everyone's names and as I come to learn, she can speak at 100 miles an hour, but not because of nerves but because she is genuinely interested in giving as much as she can to her audience in the time that she has them.

Presented as part of the Melbourne Fringe Festival, Piper Scott's Such An Inspiration explores how trans women generally have three narratives told about them: as a punchline, as a villain and as a victim. For the next hour, Piper Scott weaves together a number of thoughts, anecdotes and jokes that highlight this but making it clear that she, and every transgender person, are a lot more than that.

With plenty to say, Piper Scott uses three people to ground the show: comedian Dave Chappelle, her housemate Eli and TV's Adam Hill. Each of these examples strengthens the storytelling happening on stage with everything she says being able to link back to one of these three people. By doing so, the show culminates in a moment of truth that brings all three together with Piper Scott recalling a deeply personal experience of abuse and trauma. This is done with utter care and consideration for the audience and while it is shocking to hear, Piper Scott knows exactly how far to go and when to pull back so as to not overwhelm us.

This is accomplished by her sharp and offbeat sense of humour and the power of jokes. Jokes and humour can be healing and therapeutic. They don't need to insults or slurs to be funny or clever and so Piper Scott offers some hilarious insights on mental health, trans women in sport and bigotry to keep the mood light.

Piper Scott may not see herself as inspirational or even want to be, but one thing she most definitely does is push you to want to do better, and to be better. Maybe Piper Scott is an inspiration, but she's also more than that. Through sharing these stories with us, she subtly (and explicitly) encourages us to think about these issues, and to start changing how we define and view transgender people because no one should ever be restricted as to how they want to be seen.