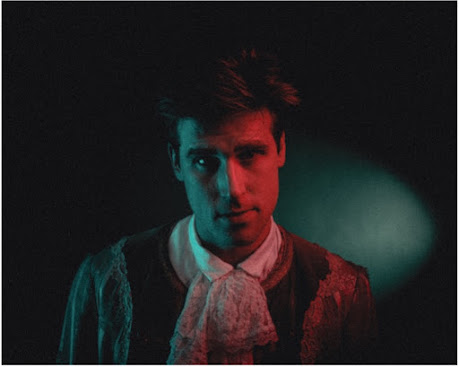 Riley Nottingham is here to make you fret less about life. Through songs. Presented as part of the Melbourne Fringe Festival, musical comedy show Manifesto is an opportunity for Nottingham to let us know that it's ok to be happy and it's ok to be sad.

After a memorable (and convincing) entrance as RaptorRiley, evolution takes place and we fast forward through time to the very human and highly advanced creature that is 2022 Riley Nottingham. Nottingham’s charming stage presence and playful nature help immensely in getting us onside and creating the personable environment that a production like this requires.

However, while this works in his favour, Nottingham’s interactions with the audience and storytelling could be further developed. There are instances where we were asked questions but Nottingham's reactions felt heavily rehearsed and that he wasn't actually responding to what we were saying. Adding in a little off-the-cuff banter or acknowledgement would increase our engagement with the performer and the performance.

The storytelling in Manifesto could also do with some re-structuring. The links between his anecdotes and the songs that follow often seemed tenuous and would be stronger if Nottingham got more personal during these moments rather than the awkward jokester persona we saw.

Nottingham has a great musical voice and it is when he was playing the keyboard and singing, that Manifesto gathered momentum. Songs about mobile phones distracting us and the daily struggles of life were relatable and fun. At times, there was a Bo Burnham appeal to his lyrics and the way in which he expressed his thoughts and ideas on these topics.

In one song, Nottingham sang he hoped we enjoy the show and while we did, there is room for improvement in Manifesto. With upcoming interstate seasons, hopefully Nottingham can lean into being a bit more spontaneous with his audience and displaying genuine vulnerability to guide the human connection that is needed here.

Manifesto was performed at Trades Hall as part of the Melbourne Fringe Festival between 6 - 14 October.