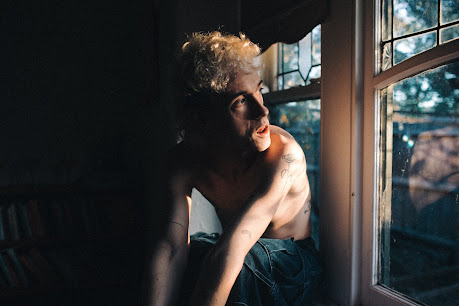 Fresh from his critically acclaimed and award winning show kerosene, playwright Benjamin Nichol is returning with a new play for Melbourne Fringe Festival, SIRENS. This queer coming of age story, in a solo performance by Nichol, introduces us to 22 year old rurally isolated Eden who after a chance encounter with a drag queen has a world of possibility and hope open up to him.

The premiere of SIRENS has been a long time coming and with the success of kerosene, Nichol is even keener to finally get some eyes on it. "I’ve been coming back to this again and again for several years now, so to say that I am excited it’s about to be given life would be a significant understatement. kerosene was such a joyful creative process and in many ways I see SIRENS existing within the same theatrical universe," he explains. "It’s a fresh story with a very different character, but it is stylistically comparable and intentionally explores similar themes of obsession, isolation and resilience. My dream is that one day SIRENS and kerosene will be programmed together as a double bill, which was actually our plan for last year's Fringe Festival prior to the lockdown!

The "our" Nichol refers to is actor Izabella Yena, who starred in kerosene and co-created SIRENS, a partnership that has been forged over many years. "Bella and I grew up living on the same train line and met while studying acting at the VCA. We instantly clicked and bonded over our shared love of dipping french fries into McDonald's soft serve ice-cream," Nichol tells me. "We work very differently, which allows us to complement one another and examine things from different perspectives. I’m chaotic, scattered and impulsive, while she is thoughtful, considerate and has an incredible eye for fine detail. She holds me to account, challenges and champions me. She makes me a better artist and person."

When it came to writing the script, Nichol wanted to ensure that his process remained the same as if someone else were to be performing it. "I’ve tried hard to clearly separate my roles as actor and writer. It wasn’t until we began rehearsals two weeks ago that I even read the piece aloud and began to think about how I would approach physicalizing the role," he says. "I wanted this piece to hold its own regardless of who was performing it. Throughout all our developments over the past few years, Bella has read and performed the text, giving me the opportunity to listen and experience it externally. She knows my habits and rhythms and so is able to offer an effective and considered dramaturgical eye. I’m also not much of a proofreader, and she has worked with me long enough now that she is able to decipher and deliver the messy ramblings of my early scene drafts."

"Because Bella is in demand across the industry, it sadly meant that since it was written, she hasn't been able to remain particularly active in our rehearsals. The plus side of this though, is that I’ve been able to work with another new absolute dream of a collaborator in Liv Satchell. Liv is directing the work, but is a terrific writer and dramaturg herself. She has played an invaluable role in helping to shape this and supporting me, whilst beautifully complementing the process that Bella and I have developed."

While SIRENS is partly based on his experiences, Nichol has included some artistic licence to really flesh out the ideas highlighted in the story. "Everything I write is equal parts memoir and equal parts fiction, although I work hard to obscure anything that's clearly tied to me. After several drafts of fictional injections, my life is sometimes so hidden that I won’t even remember where the initial seed for an idea originated," he explains.

"It wouldn’t have necessarily seemed obvious, but an extraordinary amount of myself went into kerosene. With that work I tried to capture the suburbs and social landscape of the place where I grew up. SIRENS is maybe a little more relatable to my own life, but it's a far cry from anything autobiographical. Writing it has required me to go deep emotionally and it's drawn on a lot of big feelings I have about love, family and approaches to caregiving."

"I've been sketching various iterations of Eden since I began writing. He is difficult and cheeky and destructive and young. In many ways I have had to sacrifice a large portion of my ego on the altar of his mind. Diving into his psychology has challenged and humbled me," Nichol tells me. "Through him, I’ve channelled a lot of my evolving feelings about the queer experience, and the joys, fears and injustices that entails."

1) If you had to name your child after a vegetable what would it be?
Parsnip.
2) Which reality TV show would you most like to appear/compete on?
I want to say the Real Housewives franchise, but I’d need a little more lip filler and probably a change of career. So, more realistically it would  probably be Nailed It!, where people who can't cook are forced to make pinterest worthy wedding cakes whilst getting heckled by a live studio audience.
3) How many seconds can pass before you can't eat food off the floor?
Depends who’s watching.
4) What's a song that sums up your life?
"I Can't Say No" by Rodgers and Hammerstein.
5) It just isn't a Fringe Festival experience without… missing your friends' show because you got distracted at the bar. Sorry in advance luvs xx