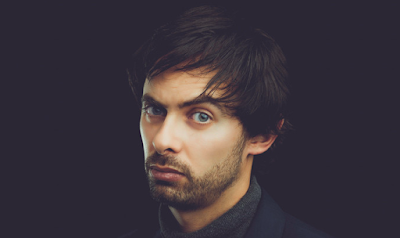 There are comedy shows that are remembered for their extravagant set pieces, others for their energetic performances and others for the splattering of jokes that are churned out each second. And then there is Marcel Lucont's Whine List, a show with the most minimal of sets, lowest of energy and more despair out loud than laughs out loud. But it is a show where this kind of approach works in its favour.

Drinking his bottle of red wine and wearing a blue suit, the barefooted Frenchman exudes the confidence and arrogance that stereotypes are made of. He cares little of what we think of him and cares even less about us. He's here to basically make us feel a little bit shit about our lives and ourselves.

Before the show, audience members are asked to complete questionnaires asking about their worst experiences in romance, employment and holidays. The most interesting or amusing responses are selected and Lucont then has a chat with that person. Lucont is unaware of which responses will be selected so when they are presented on the projector, his reactions are as genuine as ours and his subsequent interactions with that person are all improvised.

The success of a show like this very much relies on the quantity and quality of the audience and their willingness to participate in this show. Unfortunately on the evening attended, the numbers were low and the responses were generally not that exciting, and try as Lucont did to turn these into something more than what they were, it wasn't always successful and his routine became somewhat repetitious and predictable.

Lucont's penchant for dry humour and nonchalantness might not be everyone's glass of wine, but if you're looking for something that isn't your typical comedy festival show, then I would highly encourage you to give this Frenchman a go.