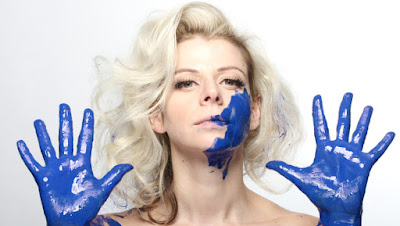 US based cabaret diva Lady Rizo makes her Melbourne International Comedy Festival with her “Apology Tour” show, Red, White and Indigo. With some dazzling costumes, brilliant song selections and performances, and some very cheeky banter, Lady Rizo expresses her thoughts on living in a country that she likens to a bad boyfriend. She spends much of her time admonishing Donald Trump and humorously referring to him as the Angry Apricot and Cinnamon Hitler.

Supported by a live band on drums, guitar and bass, her frustration in a country that seems to be alienating minorities is made clear and she encourages those with power to share it with those who do not. She’s also done her homework on Australia’s behaviour, including its treatment of indigenous people and refugees, and uses these to show how perhaps we are not so different to America.


It’s an engaging and entertaining performance and a call to action you can’t say no to. This is all well and good, but in one moment involving an audience participant, she undoes all this work, which amid the #MeToo movement feels incredibly inappropriate and insensitive.

Picking a female audience member, the two stand back to back. Lady Rizo instructs she will recite a short Russian song and on the count of three, they’ll turn their heads. If they face the same way, they’ll kiss. If they don’t, they won’t. They don’t twice but that doesn’t stop Lady Rizo from almost forcing a kiss upon the woman. The woman resists to which Lady Rizo jokingly asks if she has her consent and plants a kiss on her lips. Did I mention the whole time they were back to back, Lady Rizo made a point of firmly grabbing the woman’s ass?

It’s not fair to judge Red, White and Indigo based on one awkward act. By ignoring that kiss, the show is a very fun and intelligent look at the world on a whole, but the effects of that moment lingered uncomfortably in the air. Lady Rizo may talk and sing about spreading love and respect to everyone, but maybe she needs to take a leaf out of her own book.