I Love You Special Guest in Brackets. One Night Only - Melbourne International Comedy Festival review 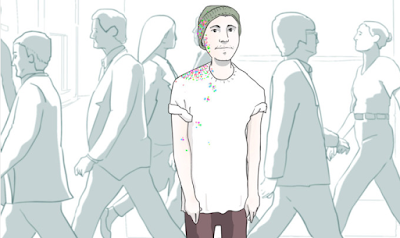 In I Love You Special Guest in Brackets. One Night Only, Dave Hynes wants to explore love and get people excited about love. At a time where everyone is constantly busy and glued to the screens of their electronic devices, Hynes looks at reigniting a connection between people through storytelling and pineapples.

Wearing a white disposable coverall with a makeshift pineapple head made from a yellow wastebasket and leaves, Hynes shares his thoughts on love and the importance of having and sharing love. His passion on this is clearly genuine, especially in his reactions to audience members naming their favourite fruit. It is a reminder to always be appreciative of the smaller things rather than always looking for the big grand moments.


As the show suggests, Hynes also has a special guest each night who joins him on stage to discuss love. This aspect of the show feels like it needs further preparation, particularly with what is expected of its special guests and what Hynes wants to accomplish by it. On the evening I attended, Claire Sullivan was said special guest and her initial comedy routine had no tie in with the concept of the show. There was some great chemistry between them but the ensuing chat about love felt like neither host or guest knew where it was headed and what they wanted to achieve by doing this.

Hynes is very personable and endearing on stage and his off-kilter approach to unpacking love is an appealing drawcard to this late-night offering. However, I Love You Special Guest in Brackets. One Night Only is still quite rough around the edges and uncertain of itself. With a tighter structure, it has the potential to unexpectedly worm its way into our heart and create plenty of warm and fuzzy comedy festival love.