The One - Melbourne Fringe Festival review 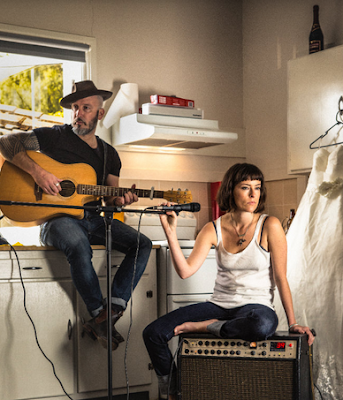 With marriage equality a contentious topic across the country, you'd think the last thing you want to see on stage is a white, heterosexual, cisgender couple arguing whether they should get married or not. However, Jeffrey Jay Fowler's The One, is more than just a look at marriage, it's a candid scrutiny of what love is and how this is - or should be - expressed when you believe you have found 'the one'.

This two hander follows a man and a woman (Mark Storen and Georgia King) who are in a happy long-term relationship with each other and have all the cute romantic quirks that go along with it. Everything appears to be going great for them, until - triggered by his brother's upcoming wedding - the man proposes to the woman and she says no. She says no, not because she doesn't love him, but because she doesn't agree with the concept of marriage and what it stands for.

The woman's disdain for holy matrimony is brilliantly captured by King, who effortlessly conveys the frustration and anger she feels at the man for failing to understand and accept her reasoning. As the man, Storen brings a vulnerability and naivety to the character in his belief that this is the natural next step in their relationship and how perfect their lives will be together when they are married. King and Storen's chemistry is palpable and with Fowler's stirring script, explore both sides of marriage with honesty and emotional rawness.

With minimal stage design and props - including a white wedding dress that hangs menacingly along the back curtain - there is a strong reliance on the words to accentuate this world and draw us into the story in which Fowler has developed a knack for doing. He has an intense awareness of who these characters are and what motivates them, and through their impassioned conversations with each other and narration of events he constructs a uniquely heartbreaking story on love and marriage.

Music also plays an important part in this show, with Storen performing a number of songs on guitar with King joining in on vocals. These moments are an opportunity for the audience to go further into the minds of these characters and to reflect on what has transpired. The simple yet effective lighting design also heightens these moments, sometimes having the performers under low lit lights and at other times, having a bright light shining on them and exposing their innermost thoughts.

The One is an intimate and honest look at what loving someone means and what happens when that meaning changes. With a story that is tragic and joyful at the same time, it will leave you questioning your own opinions on the institution of marriage and what role it has to play in contemporary society, for better or for worse.

Click here to read my interview with Jeffrey Jay Fowler.