The One - Melbourne Fringe Festival preview 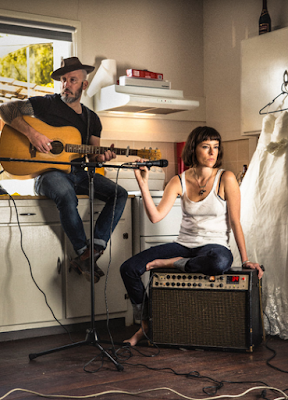 Back in 2015, Jeffrey Jay Fowler was part of the team that won Best Performance for Fag/Stag, an outstanding play about the friendship between two best friends, one straight and one gay. This year, Fowler returns to the Festival with his newest work, The One. Already receiving critical acclaim during its run at Perth's Fringe World, the show takes a timely look at the institute of marriage and how love can be one confusing concept.

"Two unnamed characters, a man and a woman (Mark Storen & Georgia King), meet at a garden party at the end of summer and fall in love. Across the next few years they remain in love and eventually he proposes, knocking their romance into turbulent waters," Fowler tells me. "Mark and Georgia commissioned me to write a show, and then I proposed the idea to them that it should be a show about marriage and love. Because I wrote the show for them, I wanted to use their talents and Mark's talents include playing blues guitar."

While some arts makers prefer to keep the roles of director and writer separate, Fowler prefers to direct his own work and so taken on this dual role for The One. "In fact I've only worked as a director a couple of times on other people's shows and only had one other director direct mine. I really am a writer/director at heart. I love the control to be honest. And the collaboration!"

Fowler's other writing credits include Minnie & Mona Play Dead - which was also performed at the 2015 Melbourne Fringe Festival - and Hope Is The Saddest - which was performed at the 2013 Melbourne International Comedy Festival. While these two plays, along with Fag/Stag and The One, are all very different in structure and delivery, there is always a human element to the stories and an exploration of need people have to find connection with others that runs through his work.

However Fowler does not have a single writing process and prefers to let the work determine his creative practice. "Every show is completely different. Sometimes I improvise or workshop or just sit down at a laptop. The themes of my work have matured as I have and my work has become less magical and more an analysis of real life, but then again, each project is different and there are always anomalies."

Art is what makes it all worth it.
The best live show I've seen is impossible to name. I've never had a favourite anything.
The best advice I was ever given is that no one wants advice unless they ask for it.
A song that describes my life is too hard to say but I'll admit the lyrics of No Doubt's album "Return of Saturn" are easy for me to relate to.
A food I can't live without is my sister's spaghetti tuna.