So two and a half weeks of craziness come to an end yet again! While I still have not been able to crack that elusive 50 films, I did increase my total from last year by 11, to 45 movies. Of those 45, I now present you my Top 10 movies from the 2018 Melbourne International Film Festival.

1. The Night Eats The World 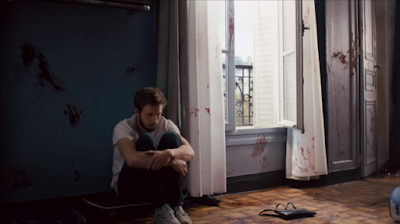 I suspected I would like this film because it involved zombies, but I didn't think I would be so engrossed by it. Its exploration of loneliness and isolation amidst a zombie apocalypse is skilfully accomplished with just the right levels of comedy and horror to prevent you from getting too overwhelmed by the bleakness.

As Sam, Anders Danielsen Lie expresses the boredom and the uncertainty that our protagonist is feeling faultlessly. Without much dialogue (between humans at least), Lie relies on his physicality and expressions to present the impact these events have had on him. Despite the zombies, this is a thoughtful (and philosophical) film about the desire people have in wanting to connect with others. 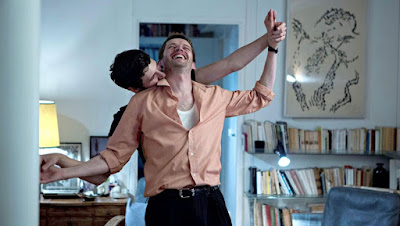 It's 1993 and two men meet for the first time in this poignant look at love and friendship. One of the men is a HIV-positive writer; the other is a college student. Both are at opposites ends of life but that doesn't stop them from falling in love.

With its costumes, set design and wonderful soundtrack, there is an authenticity to the era that creates a form of nostalgia in the audience. The performances by Vincent Lacoste and Pierre Deladonchamps are naturally layered showing the complexities of wanting what you want and the struggle to sometimes get it. 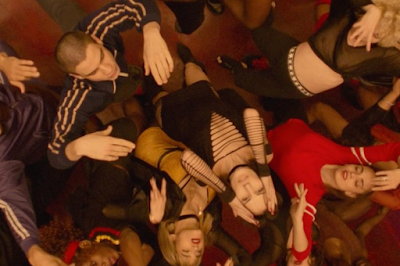 Who knew the director behind one of my most hated films at MIFF last year could be behind one of my most loved films at MIFF this year. While Love bored me to death, Climax was relentless in its intensity, making me feel sensations that I've not felt before while watching a movie. My heart was beating so rapidly by the end of the movie, I felt like I had personally just experienced what has unfolded on screen.

To talk about what happens would be to ruin the surprise but the choreography and the music is simply incredible, sometimes forgetting this is a movie and not a music video or a dance performance. Filmed in very long continuous shots adds to the exhilarating nature of Climax and its' striking visuals. We love you Gaspar, all is forgiven. 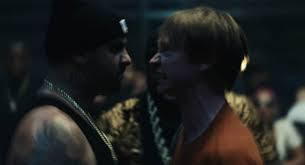 When I saw that this was a You Tube Red acquisition I did consider walking out. After all, if you're going to sit through two-hour film starting at 11:30pm, it better be good. However, within the first five minutes I was hooked and this satirical look at what hip-hop is and how it is part of African American culture is hugely entertaining and eye opening.

The entire cast is full of energy and it's always great when actors appear to be enjoying what they are doing. The rap battles are incredible and seeing how this story escalates to its fitting finale make this film extremely worth its two hours.

French cinema seems to have been to my liking this festival, with four in my top five. Dog was a brilliantly crafted story - again on loneliness, isolation and looking to connect with someone.

The performance by Vincent Macaigne is highly memorable for his nuanced look at exploring the emotions and thoughts of a man without ever talking about them. Macaigne is able to simultaneously warrant our sympathy but also our frustrations for his passivity and inability to stop people taking advantage of him. Despite the absurdity of the film, it is actually quite heartbreaking to watch.

6. Pick of the Litter 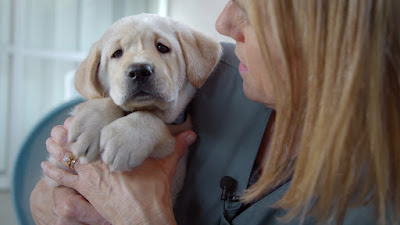 The dog theme continues with a documentary on dogs being trained to become seeing eye dogs. Now, let's be honest, any film that features dogs is going to be a winner for me but this documentary was able to pack so much while ensuring the puppies and their training was the focus.

It's very entertaining and informative as to the training these dogs needs to pass in order to become guide dogs, however it is also quite an intimate documentary to watch. The reactions from the various trainers when dogs fail tests or are "career changed" tug at your emotions but it's hearing the stories of the people who require these dogs to live their lives is where it really gets you. Also, there are loads of cute doggie moments. 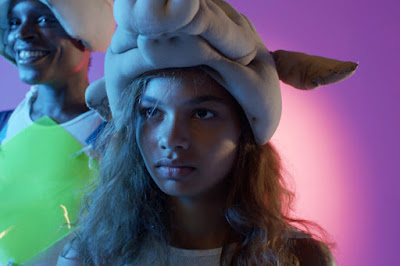 This would have to be my sleeper hit of the Festival. Tucked away in the experimental section of the program and no one having talked about this film beforehand, I went in knowing very little about this film.

Madeline (in a stunning performance by newcomer Helena Howard) attends a prestigious physical theatre school, which pushes her to the edge resulting in a clash between performance and truth, and reality and imagined.

The camerawork and editing is pure genius here with constant camera movements, out-of-focus shots and disorienting sounds occurring off screen, all culminating to a highly intense but rewarding viewing experience.


8. Tigers Are Not Afraid 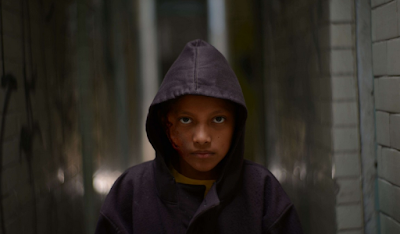 Fantasy escapism, brutal reality, and all that's in between come together in this taut story set inside the Mexican drug wars where children are left to fend for themselves, and fight back against the a ruthless drug cartel.

The child actors - especially Juan Ramón López - are phenomenal in the portrayal of the complex emotions their characters go through and taking on the psychological turmoil they've experienced in watching their loved ones being kidnapped or murdered.

This is a haunting fairy tale of children trying to live their best lives when everything around them is crumbling down.

There's a moment in Happy as Lazzaro when the penny drops and everything suddenly makes sense - except it never really does, and that is part of its innocent charm. However, knowing that this is based on a  true story with regards to the first half of the film makes it quite unsettling.

There are quite a few surprises to be had in this film, as you're never quite sure where the story is going to go. Its exploration of corrupt societies and marginalised people being taken advantage off is a running theme of Happy as Lazzaro. Newcomer Adriano Tardiolo is flawless in his portrayal of Lazarro and showing the naivety and simplistic ideals he possesses.

The second documentary to make my top ten, and my only Australian entry, Dying to Live looks at organ donation from the perspectives of the people who donate, the people who need a new organ and the doctors involved.

This is a documentary that knew the story it wanted to tell from the very beginning and knew how to tell it and picked the right people to tell the story. Hearing some of the people's stories, particularly from Kitty who needs a pancreas and kidney transplant, was so heartbreaking and frustrating that there are not more people donating their organs. Dying to Live has only screened four times to the public so far, but hopefully the more people that get to see this documentary, the more people there will be who register to become organ donors.

Knife + Heart
Sofia
Our New President
Piercing
Burning
Posted by Myron My at 01:37