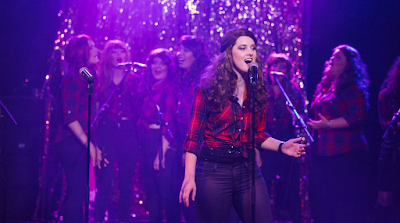 I'm going to try my hardest to not make any cheesy Shania Twain jokes throughout this, but my excitement and fandom of seeing a Shania Twain focused show might prove difficult to contain. As part of the Melbourne Fringe Festival, a 14 person choir will be exploring the star power that is Shania Twain through performance and lots of joyous singing.

"Shania Choir is a group of a capella singers united by a love for leopard print and armed with the prerogative to have a little fun," Shania Cassie tells me. "This 11 gal, three guy group have come together to form a choir dedicated entirely to the one and only Shania Twain. We explore the personal and professional life of Shania Twain through song, dance and drag."

"Our choir is made up of friends, and friends of friends. 90% of the choir are actually from Perth, which made it very convenient when we travelled home for Fringe World earlier this year," she says. "We spent the week sleeping in our old beds, or on the couches of relatives, hanging out with the other Shanias during the day, and performing and seeing shows at night! Our musical director, Alex Morris, has truly brought together a great bunch of people, and we all adore singing his arrangements together."

With an infinite number of artists to choose from, the reason that Shania was fortunate enough to be selected as the star of the show is much simpler than people would think. "Well, Shania rhymes with Choir!" Shania Cassie explains. "It was almost too funny to ignore. Incidentally, Shania Choir started as a joke two years ago, with a group of friends coming together to perform "From this Moment" in four-part harmony at a friend's gig. From there, the show was born! There have been talks about where we go from here; perhaps Mariah Choir? Alanis Choirisette? As long as we can make a pun, we will have a choir!" (please do a Mariah Choir)

While writing this, I have been listening to Shania's greatest hits album and marvelling at so many forgotten gems and some true pop/country classics. So how do you choose a favourite? "Well my personal favourite is "From this Moment". I think it is one of Shania's best, and I get goosebumps when we hit our four-part harmonies just right. It is the best way to start the show, as it lets the audience know exactly what they're in for." she says.

And with Now, Shania's new album coming out later this month, there will also be a whole new choice of songs for Shania Choir to perform. "We are all so excited about Shania's new album. Not only has it created extra buzz around her name (which can't hurt for our publicity), but she's giving us new material to work with! Our show will continue to evolve as Shania does." 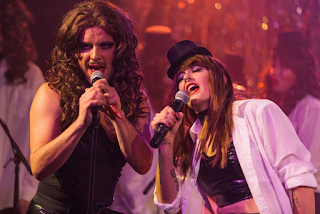 Even though it's an outrageous thought, not everyone is going to be a Shania Twain fan, and would probably feel quite pained to have to sit through Shania Choir but Shania Cassie feels that even the staunchest of non-Shania fans will find themselves wanting more by the end of the show. "Non-Shania fans will be surprised how many Shania songs they actually know! They will be impressed by the harmonies, the arrangements of the songs and by the 14 identical Shanias staring back at them," she says. "It is a fun, uplifting show that has something for everybody. If you think you aren't a fan of Shania before the show, you sure will be after!"

So even if Shania don't impress you much, once you experience the power of Shania Choir, she will be the one you turn to.

Art is anything. Art is what you want it to be.
The best live show I've seen is Katy Perry - a mishmash of colour, fire, emojis and confetti.
The best advice I was ever given is everyone makes mistakes - that's why they have erasers on the end of pencils.
A song that describes my life is "Life's About to Get Good" by Shania Twain.
A food I can't live without is lasagna.