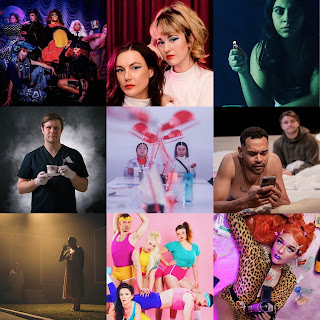 2021 was certainly a difficult year for the performing arts scene in Melbourne. However if you did manage to get to a show between lockdowns, you would have been witness to a great variety of talent and ideas. While I personally find it extremely difficult to engage with a show virtually, there were also some incredible digital works being made. With this in mind, I managed to see 54 pieces of work this year by independent artists and theatre companies in Melbourne. Below are my top ten shows of those 54 works. If I reviewed it, then a link to the original review is provided.

And as I always like to remind people, sometimes the shows that will stick with you months and years after you've seen them, that will leave an imprint on your heart, body and soul, will not always be the big budget, flashy ones but the ones that are only on for four nights with ten people in the audience. In this current arts climate, remember to support your independent theatre makers and venues - some shows can cost you as little as $20 and can be one of the most original, inspiring and though provoking performances you might see.

Take a risk, see something new, unknown and different in 2022. 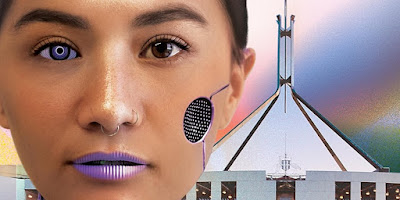 I have always had, and will continue to have, a soft spot for interactive and immersive works. In 2021, Poona more than scratched that that itch. Created by Roshelle Fong and Keziah Warner, Poona was a highly entertaining, creative and considered theatrical experience. The year is 2050 and as Pauline Hanson predicted, an Asian, lesbian cyborg named Poona Li Hung is running for President of the country. The audience take on various election staffer roles as we navigate the dirty world of politics and try to come together to win the election for Poona as a number of moral and ethical obstacles pop up during the election trail. Strong performances by all four actors (Emina Ashman, Cheryl Ho, Cecilia Low and Elsa Tuet-Rosenberg) with writing that allows for well-rounded character development while keeping its focus on the upcoming election.


I've followed Izabella Yena's career for a number of years and she has continuously amazed and impressed me with the talent she possesses. In Kerosene, she delivers her best performance yet, and my favourite performance of the year. A one-person show where Yena is in complete command of her character and her audience. An impressive and powerful piece of  storytelling from writer and director Benjamin Nichol on friendship, loyalty and revenge. With no props or set pieces, the intimacy and ferocity of Kerosene is heightened and supported by Harrie Hogan’s lighting design and Connor Ross’ sound design. An incredible collaboration by Yena and Nichols, with hopefully more to come.
3. How To Make A Western
The gorgeous people from Yummy did it again with their camp cabaret Western spectacle How To Make A Western. Presented as a digital production, there was so much going on here that you wanted to pause every frame to absorb the eye-catching set design (made from 100% recycled materials), the detailing in the costumes and to see what the heck is going on in the background of some scenes! Flawless editing and direction provided a strong cinematic aesthetic to the dance and drag numbers. Westerns are my least favourite film genre, but How To Make A Western made me want to walk into every saloon in town to try and lasso the incredible amount of hog-killin’ being had on stage. A riotously fun evening that celebrated and embraced queerness. I really hope we get to see a live version of this show in the future.

High Priestess of Pop and social media influencer Juniper Wilde invites us into her home to…ok so we might not be quite sure why, but it looks like lockdown clearly had an impact on her as she attempted to reconnect with her fans, her Wildelings. She might not be fucking Amish, but Juniper was fucking hilarious. Who wouldn't want to share some noonies with Juni? Alex Hines remained utterly committed to the character she’s been developing and playing for many years, and as such she was able to give herself over completely to Juniper’s personality and fully dive into the absurdity, but also highlighting some of the anxieties that are being felt across the performing arts industry. Wilde Night In is the kind of utterly wacky and ridiculous that is perfect for festivals like the Melbourne Fringe Festival.

Alex Hines will be presenting To Schapelle And Back during the Melbourne International Comedy Festival at The Butterfly Club. Tickets on sale now.


Sketch comedy show This Is Our Show by Annie Lumsden and Lena Moon was a laugh-athon and a half. Some of the zaniest and most bizarre sketch comedy I've seen in a long time. What I really enjoyed about this show was the banter between Lumsden and Moon, where even when they were playing specific characters, they still let their own personalities shine. You could clearly see how they were supporting each other throughout the show and making sure their focus was on making the other one look good.
Fortunately the two have made a livestream recording of the show available, so those you missed it can see it and those who've seen it, can rewatch it and relive the many laughs in store.

6. The Gospel According to Jesus, Queen of Heaven


This was a very special piece of theatre with an absolutely commanding and captivating performance by Kristen Smyth as a transgender Jesus ready to share some familiar stories with us. The original compositions by Rachel Lewindon and a choir of LGBTQ artists (Mel O’Brien, Tom Parrish, Willow Sizer and Sherry-Lee Watson) wholly support Smyth's performance and lift the show to something more akin to ritual than storytelling.
The lighting design by Katie Sfetkidis, as per usual, is simply stunning. Kitan Petkovski's direction ensures that everything comes together seamlessly and that the overall message of being kinder to each other and celebrating our diversity remains at the heart of this work.

7. Memoir of a Tired Carer


Memoir Of A Tired Carer is an impressive and touching radio play written and performed by Oliver Bailey that examines aged care nursing through the eyes of a carer three months on the job. Bailey confidently voices all the characters and narrates the story, and he delivers some excellent voice work that vividly conveys the thoughts and emotions of all the characters and brings to life the environment that is being described to us. The play presents a complex and challenging issue - and with plenty of heart and vulnerability - gives a voice to those whose voices are often not heard.
Hopefully Bailey will have an opportunity to present this show to a live audience in the future, because its message is incredibly important and one that will eventually impact all of us. 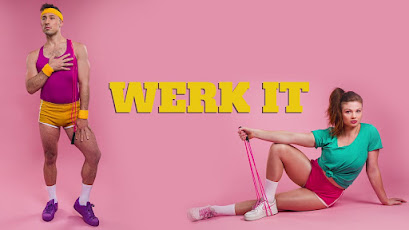 The venue might have been small, but the energy emanating from the stage during Werk It - Tight Fit is an incredible circus show. With a focus on work in all its meanings, including working out and the daily grind of employment, the five circus artists (Vincent van Berkel, Lisa Lottie, Richard Sullivan, Cassia Jamieson, and Malia Walsh) dressed in funky neon clothing, dazzled the audience with their foot juggling, acrobatics, hoops and clowning. With a killer soundtrack, sassy attitudes and general tomfoolery, Werk It - Tight Fit allow us to sink in our chairs - and sometimes sit on their edges - and get swept up in the fun and entertainment being presented to us by some of the country's finest acrobats.

This Genuine Moment is a comedic but truthful conversation between two young gay men (Tom Dawson and Ilai Swindells) who meet on a night out and end up spending the night together. Waking up the next morning, the two discuss what led them to this point and where they think - and hope - they are headed. The set design by Kate Beere added some realism to the men's surroundings and supported the carefree attitude they currently hold as well as the uncertainties that follow them. The two performances were strengthened by some highly intelligent and touching writing by Jacob Parker that made this show very relatable and sometimes all-too-real for anyone who has ever looked for, sought after or longed for, a moment of connection not only with another adult but also with themselves.

Michael Shafar’s Melbourne International Comedy Festival show, 110%, explored the three big Cs: cancer, cancel culture and Covid. A good comedian is able to find the humour and light in the most sombre of situations, and despite the serious undertones of his work- including his own battle with cancer - Shafar brought plenty of laughs to the audience, and after the year we've had, we all need/needed a good laugh. With his unique perspectives on life and society and a wonderful stage presence, Shafar drew 110% of our attention without demanding it. Give this man his own Netflix special.

And just because rules were made to be broken, here are the shows that were pipped at the post:

If you fancy a further trip down memory lane, then have a look at my Top 10 shows of 2019. (I missed 2020, but congratulations to This Bitter Earth!)