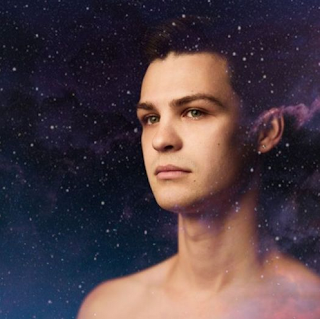 What does it mean to love? Ultimately, we all have our own meanings, but in Stephen Laughton's one-man play, Run, this question is explored by Yonni, a 17 year old gay Jewish boy. Over the course of a summer, Yonni's infatuation for schoolmate Adam reaches breaking point where the real and the imaginary blur together as he begins to understand love, desire, grief and loss. The play has received critical acclaim since its debut in England and next year it makes its Australia debut as part of Midsumma Festival.

In the Melbourne production, Ben Stuart takes on the role of Yonni, and it was love at first read for Stuart when he got his hands and eyes on the script. "I fell in love with it as soon as I read it! When Gavin Roach (producer/director) gave the script to me, I remember getting completely lost in it. I've always been drawn to powerful stories and strong emotions, and Run has both (and much more!)," he tells me. "I related to many parts of Yonni's story, and I think many people will for a variety of reasons. Yonni re-lives numerous universal moments in this coming-of-age story, such as his first kiss, and those late-night text conversations, and it's easy to relate to in all those moments because I've been there and many others will have too!"

As with many productions over the last two years, there were bumps and hurdles and shutdowns along the way to getting this show up. Roach and his team began working on this play in 2020, so for Stuart, a lot time has been spent sitting with the story and sitting with the character, which has been a blessing and a curse. "It's been fortunate in many ways. Obviously, a cancellation is never ideal! But every time I would put the script down for a while and then return to it, I was able to read it with fresh eyes and notice nuances and links that I had previously missed," Stuart recalls. "The thing I love about this show is that it is a coming-of-age story, without being a coming out story. I think that so often they become the same thing, and I love how refreshing it is to exist in a world where being gay isn't even questioned - and I think it adds value because of this, and to the emotional heart of the show."

"Sitting with Yonni this long has allowed to me get a firm grasp on who he is as a person, what motivates him, and what he's trying to say. Luckily Gavin has been fighting so hard to get this show up, so I never worried that I would have to prematurely say goodbye to Yonni, it was just another pause on the way."

Stuart and Roach are growing their collaborative efforts, with Stuart having previously acted in another of Roach's show, The Campaign at the 2019 Midsumma Festival. While that show relied on an ensemble cast, with Run, Stuart is alone on stage leading to quite a contrast in expectations and demands. "Performing solo has been a huge learning experience but it's also been liberating," he explains. "This script is one that flips between past and present, and between memories and reality, and that's been fantastic to give myself cues and link one thought to the next. I'm very lucky that the script is so good, because it makes it much easier to learn. When it comes to stage cues, it has been about breaking the script into smaller vignettes that form the whole monologue. It's all a bit terrifying but also very exciting!"

Another element of a one man show is the added layer of intimacy and personal connection that is required between the performer and the audience, and it's something that Stuart has been working towards throughout the process. "There's a vulnerability in being the only person on stage for 70 minutes, and that vulnerability allows the audience to really connect emotionally with Yonni. I've had to work on letting the audience in and not putting up walls. There's such a connection that comes from me allowing myself to be present, alone, and truly engaged with the audience and this story."

With The Campaign under his hat, Run will be Stuart's second time performing at Midsumma Festival and as much as he loves acting, there is a deeper sense of pride in being part of this LGBTQIA+ festival. "I find performing in Midsumma to be so important and rewarding. For so many years, I fought against my sexuality, or minimised it, and performing at Midsumma is such a clear signal to me that that part of my life is over. Now I'm here to embrace and celebrate what makes me, me."