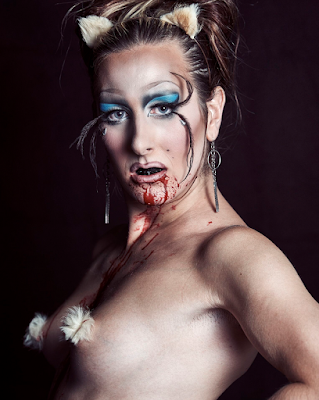 Nestled in a laneway near Elizabeth and Londsdale streets, queer underground nightclub, Hugs + Kisses, opened its doors in 2010 and for nine years it was a supportive space for LGBTIQ+ people to get together and make it their own. Music, dancing, liberation, open-minds and self-expression were all welcome. In January 2019, it closed its doors for the last time.

Photographer Nik Epifanidis was at Hugs + Kisses on its closing night. Set up outside the club, he spent the evening taking portraits of who was there, capturing the mood and tone that was present in the crowd. Only able to spend a few minutes with each person, Epifanidis asked them to focus on the emotion they wished to convey to the camera. The result of that is the Love, Hugs + Kisses exhibition, which acts as a compendium to a documentary on the club that is scheduled to be released in 2020, and begin presented as part of the Midsumma Festival.

While not personally connected to Hugs + Kisses, Epifanidis understood the importance and relevance of this venue closing, and was keen to be involved in the project when the film makers of the documentary made contact. "I hadn’t been to Hugs + Kisses, but I've always been intrigued by counter culture and how this is communicated. There is usually a good reason these places come into existence that speaks about people feeling the need to show themselves and be heard in a way they are unable to in the current mainstream," he says.

"Most of my friends come from diverse backgrounds, both in their cultural and sexual identity so I’ve been familiar with venues like Hugs + Kisses and dedicated my formative years partying at Melbourne’s well-known queer clubs that have consistently been an incredible outlet and experience for those wanting to express themselves and to be recognised for who they are."

As part of his preparation, Epifanidis researched the history of the club and through this he was able to further understand why this wasn't simply just another club shutting down. This one meant something. "It’s had quite a long and interesting history particularly once you discover the backstory of the relationship with the Royal Antedeluvian Order of Buffaloes (who owned the building) and how the club came to be," he explains. "During those nine years, it evolved into the ultimate declaration of queer and gender fluidity and creativity and without being elitist. If you look at their motto of love, respect and temperance, you realise it was a community without judgement where people could not only find themselves, but also find their tribe. I was absolutely blown away by those I met on the shoot because they were so free in their identity and really owned it."

"Even though I was in the laneway shooting in our makeshift studio for most of the time, there was a strong positive, happy and crazy energy that translated to the final images. Everyone approached it with a sense of pride and an ease within themselves," he recalls. "It’s not often easy to get someone to relax or to express themselves in front of the camera, especially with the limited time we had and with the number of people around, but something special happened that night."

Epifanidis ended up taking hundreds of photos and selecting which ones would be displayed at No Vacancy Gallery proved to be a long and laborious task. "I took a hell of a lot of pictures but it was never our objective to get as many photos as possible," he tells me. "I wanted to ensure we had the images that best represented the diversity that the club catered to so we did have a bit of a strategy in terms of having certain individuals in front of the camera and getting the right shot before we moved on." 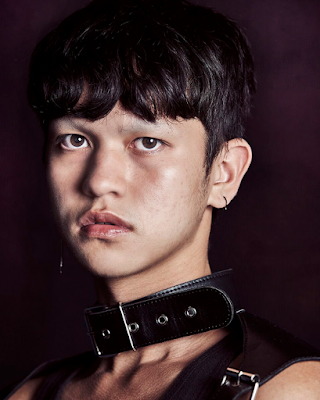 "I think we have ended up with portraits that perfectly capture the spirit, the diversity and the uniqueness of the punters very well. Everything that made Hugs + Kisses so unique and what it stood for comes through in these photographs: love, joy, gratitude, euphoria, pride, hope, amusement, satisfaction, friendship and inspiration!"

It is these stories and meanings that one can gather from a portrait that inspires Epifanidis to continue his work in photography, particularly with portraiture, and it's moments like the Love, Hugs + Kisses exhibition that not only remind him of this but also confirm it. "I have been interested in portrait photography from a young age, having being inspired by great portrait photographers such as Irving Penn and Richard Avedon. The ability to distill a moment in time into an illustration of something timeless that can speak to you on so numerous levels has constantly fascinated me."

1. The one food you can’t live without? All types of seafood.
2. What is the worst smell in the world? I'm not sure if it’s the worst but I can’t stand the smell of nail polish remover. Not sure why but it smells so toxic.
3. What is the strangest fact you know? Elvis Presley didn't like cheeseburgers.
4. How long would you last in a zombie apocalypse? I'd be one of the zombies!
5. Which animal are you most like? Well my star sign is Taurus the bull and I do share some of its traits but I'd have to say a friendly bull!

Image credits:  Nik Epifanidis
Posted by Myron My at 23:47