Getting "Personal" with Jodee Mundy 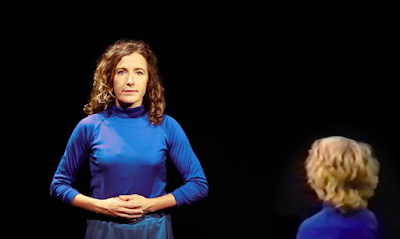 Last year Jodee Mundy collaborated with Deafblind artists, Heather Lawson and Michelle Stevens to create Imagined Touch, a tactile and sensory experience that explored the importance of human touch and communication. The production went on to deservedly win a Green Room Award for Innovation in Experiential Performance. In April, Mundy returns to Arts House with a new show in which she shares her own experiences of growing up as the only hearing person in a Deaf family.

Personal is based on interviews with 13 of Mundy's family members across three generations and looks at how people perceive one another and she uses these conversations to create discussions on dis/ability in the world. Of course, Mundy will also be recounting her own experiences as a Child Of Deaf Adults (CODA) and is looking forward to sharing these with her audience. "I had a pretty amazing childhood. I could talk with my hands, play music full blast, and every Friday night we went to Deaf club where I would play with heaps of other codas and scream at the tops of our voices while our parents signed till the wee hours of the morning!" she recalls.

"I grew up in the eighties where there was no Internet, phone or captions on TV even for Deaf people. Times were pretty challenging back then for Deaf people. Kids made fun of my family and me and there was a stigma around signing in public. Adults who were hearing did not have a clue how to navigate Deaf people so they would often look to me to bridge communication. Since inclusion was not really a thing that happened back then, there were not many professional interpreting services so I would support my parents with interpreting as much as I could."

Interestingly, Mundy has not always been too open with speaking about her family and would try to evade questions that she was asked about them. "For many years, probably since my teenage years, I disliked people asking questions about my family. I answered them but inside it would make me angry how ignorant people who hear were. Of course they were only curious but I would quietly implode. I did not want to be different or for my family to be viewed as disabled or weird because they were Deaf. I was always on the defence."

"But now, filled with pride, I am someone who is bilingual and bicultural. In addition, I am bimodal, meaning that I express myself in two modes; that being in a spoken language and in a signed language. English and Auslan, which is pretty cool. This is because of the family who raised me and the community we come from." 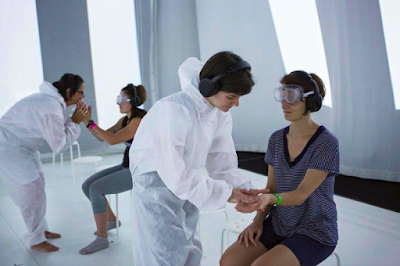 Mundy is working with a number of theatrical devices for Personal, which includes performance, storytelling, multimedia and animation and at times utilising a virtual interpreter and creative captioning to highlight the issues that Deaf people face in a Hearing world and to a lesser extent, what hearing people experience in a Deaf community. "I have brought in an interdisciplinary team of collaborators who can bring these two worlds I live in together, theatrically and with compelling design, using sound, film, movement, sign and space."

"We know the audience who will come to see Personal will be hearing and Deaf and instead of hiding the struggle by making every scene accessible, the artistic team have been using my story to reveal the real demands that inclusion entails: where if a word is uttered, only one part of the audience hears it; if a sign is seen, only the other part will understand. There are times where excluding some parts of the audience sheds more light on a situation, rather than always trying to include them."


Inclusion is always at the forefront of Mundy's work and the response from Imagined Touch confirmed what she suspected. "It was an amazing achievement for all of us to pull of Imagined Touch. As we created it, we were hyper aware of how cut off Deafblind people are in our Auslan community were. Over the five years we were making this project, we have seen how audiences and media responded by what we were creating, and that doors were opening one by one. This to me showed that people do listen, do want to extend support and do want to be inclusive but simply do not know how."

As with Imagined Touch, Mundy hopes that Personal will be a way of bridging the divide between the hearing and the Deaf and inspire new ways of communication. "I want Personal to reveal an unseen intersection in our community; to imagine a new way. I want people to know that Deaf people have hearing children. That Hearing people can be native sign language users. That signing Auslan at home is as normal as kids who speak Greek or Vietnamese at home. That Auslan is the Sign Language of Australia and that it has dialects in different states," she says.

"That we are a community. That my position intersects Deaf culture and mainstream culture and that I dearly want both of these cultures to be in harmony and let each other in more and to fall in love deeply with each other as much as I have. To transmit peace, acceptance, respect for the other and to try harder to accept each other.  To know, that the more we know about each other is to know more about ourselves. That Deaf people have taught me how to listen. Personal is a universal story. It's a story of a family who love one another and do their best to get by in life. I think most people will get that. I hope they do, and that they will talk about it."


Personal will have its Sydney debut as part of Sydney Opera House’s premiere season of UnWrapped: a curated series of some of Australia’s best contemporary performance, May 9 to 13, 2018. https://www.sydneyoperahouse.com/unwrapped