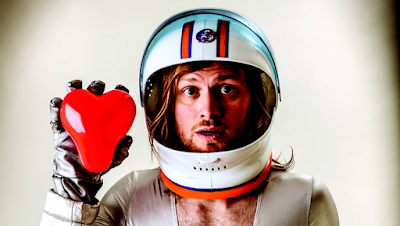 American comedian Ryan Good is donning his silver spacesuit once again, as he presents his highly acclaimed show COSMOnaut at this year's Melbourne Fringe Festival. In this 60-minute show, Good reports on the extensive research he undertook in order to find the ten worst sex tips ever written by Cosmopolitan magazine.

"I read every issue of the magazine to date and catalogued the tips initially as a way to distract myself from a broken heart after a breakup. But it quickly spiraled into an insane examination of feminism, pop culture, and really weird uses for food in the bedroom. While being vulnerable on stage isn't an easy thing to do, I think it’s important to put myself out there for the kind of work I’m doing. If I’m going to ask you to come on a journey with me in my show, the least I can do is be real with you."

Good has been performing this show consistently since premiering it at Edinburgh Fringe Festival 12 months ago, however, its premise and constant evolution means that there is always some fun and spontaneity to COSMOnaut. "The show has a bit of audience dialogue and a secret special guest every night, so it’s always new in those ways. But the main expansion of the piece has been more about feminism in our current culture - I think it’s an exciting time for the topic," he explains. "Also, I worked in a couple more tips about the perineum...because you just can’t have enough perineum."

I am curious to know what scaling system Good used in order to determine what constitutes a "worst" sex tip and did this involve any practical experimentation? "Defining a worst sex tip? It’s pretty subjective I’m sure. Though I did solicit (and am still soliciting) information from audience members who have tried the tips and reported their findings, so there is some research involved. And yes, I’ve attempted a few. The worst one involved pepper, failed sneezes, and unintentional hallucinations. But you’ll have to come to the show for the full story."

Critics and audiences have been responding well to the show and even when they disagree with his ideas behind love, sex and feminism, it's still a pleasant experience. "Most people have been truly lovely and I’ve gotten into some really amazing conversations, but there’s always going to be that handful of people that aren’t into what you’re doing. I had one show in Edinburgh where an old Scottish man stood up with five minutes left in the performance and exclaimed “you say too many words mannnnnnn!”. I assume he was hoping I would do more interpretive dance." 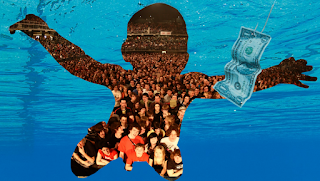 If doing one show during the Fringe Festival can sound manic, Good is actually performing in a second show called Stupid and Contagious, a Kurt Cobain karaoke cabaret. "This is a brand new show I’ve created and am premiering at Melbourne Fringe," he says. "It’s totally different from COSMOnaut or anything else I’ve done for that matter. Basically, the show is an attempt to capture the essence of that feeling each of us has had at the greatest concert we’ve ever been to. My starting point is the music of Nirvana, but the show is really about the people in the room and how we can create something and rock out a bit."

"I hope people leave this show with their ears ringing, a little sweatier than they intended to get, and pondering nostalgia’s role in our culture in a way they might not have thought about it before," Good tells me.

"I’ve been wanting to perform at Melbourne Fringe for a while and thought if I was going to come halfway around the world, let’s make the most of it [and put on two shows]. I also have a third show Ménage that I wrote as well! [more on Ménage tomorrow] I love being able to do shows that are very different from each other in the same festival. Also it means I spend less money at the bar."

If you had to name your child after a vegetable what would it be?
Aubergine because no one in America would realize it was a vegetable

Which reality TV show would you most like to appear/compete on?
What’s reality TV? I’d like to be on Jeopardy. Does that count? Or maybe something with cakes.

The most irritating habit I have is an obsessive desire to tweeze unkempt eyebrows across humanity.

What's a song that sums up your life?
A tie between Neil Young’s "Tell Me Why" and LCD’s "All My Friends. If you listen close, they are making the same point.

During Fringe, I really, really, really want to see the new shows from Neal Portenza, Lisa Skye and Tessa Waters (and lots of other amazing acts!)