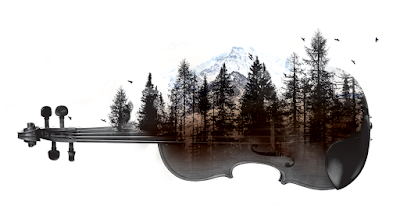 I've often said if I had the time to learn any musical instrument I would choose the violin. There is something incredibly calming and meditative about hearing an accomplished musician play such an instrument. Upon learning there was a performance by violinist and sound artist Helen Bower as part of the 2015 Melbourne Fringe Festival, I made sure I would not be missing.

Bower's Lost In The Looping Glass is a 50-minute violin concert played alongside a loop pedal. She records fragments or sequences on her violin from compositions by local and international composers live, and has them playing on loop where they gradually layer on top of one another to create their own music.

It is obvious from the very beginning that Bower has completely given herself over to the music. There is a somewhat ritualistic process with Bower kneeling by the violin in reverence before she picks it up and begins to strum, pluck and strike the violin to make her expressive and emotive music.

Once you close your eyes, the beautiful combination of sounds and rhythms virtually take you away from the venue and find yourself wherever your mind and the sounds want to take you. I myself end up on a nostalgic journey through periods of my life, while thoroughly enjoying the musical soundtrack that accompanies these memories.

At one point during Lost In The Looping Glass, Bower speaks of a time when she was a child in Berlin. Unlike other performances where hearing the artist speak of their own experiences enhances the effect of the art, I actually found the aural impact of this work means this spoken interlude breaks into the personal reflective journey that each audience member is going on, as our thoughts are then in conflict with the visual that Bower is describing. For me, it takes away from the power of the music and carefully constructed acoustic environment, and subsequently disrupted the distinctly immersive influence the performance has over me.

Bower's Lost In The Looping Glass is a transfixing performance and a unique opportunity to see music from a violin being created on a loop pedal. It's a moving experience that allows us to travel back to moments of our lives that we have forgotten or not thought possible to relive.

Lost In The Looping Glass was performed at Scratch Warehouse between 18 September and 4 October.