I often joke to my friends that one day, my license will be revoked; my license to be gay. I know a lot of people who will read this and disagree with me and that's fine, but from my experiences this is how I see the gay community as a whole, based on my experiences. I've been a practising homosexual for a decade and I still feel no closer to the gay community than those days when I would borrow my next door neighbour's Dolly magazines to read but secretly lust after the shirtless nameless models in their pages. 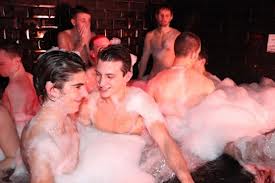 There are a number of reasons why I feel I am a bad gay; the main one being I hate gay clubs. The clubs I have been to are generally a cruising ground for sex. Not that straight clubs aren't but in the gay ones, sexual advances are extremely direct and confronting (and at times, close to sexual assault). Two examples that come to mind; I was in the toilets of one club when a guy walked up to me and asked 'can I suck your dick' while I was literally standing at the urinal. Another time, a customer I had served when I worked in retail recognised me out and as he walked past me, grabbed my penis and smiled at me. I didn't appreciate that but yet if I was to create a scene about these moments, I would be looked at as making a big deal over nothing. The themed nights that various clubs have such as 'foam parties' implicitly condone such behaviour.

Continuing on with the overly sexualisation in the gay community, the amount of times I have started talking to - and even dated - guys and then find out they are in open relationships is unbelievable. I was at the Peel about six months ago and this guy approached me. We chatted for a while and had a bit of a snog (yes I said snog, deal with it) and then I returned to my mates. As I was leaving, I went back to him, chatted a bit more, exchanged numbers and I headed home (that's the PG version anyway). We spent the weekend texting back and forth and organising to go out that following Thursday until he sent me a text on the Monday saying "hey, I really like you but I think you should know I already have a boyfriend but I still want to see you". Delete. I'm not judging anyone that is in an open relationship (even though I don't get it) but it's treated like such a casual, normal thing to mention to someone, to the point where I was told by a friend that I should have asked him if he had a boyfriend! I'm no prude and I like to think I've had my fair share of escapades (yes, at times I have used Grindr to fulfil these needs) but in a gay environment, I feel sexual inhibitions disappear and anything is deemed acceptable which does not sit well with me. 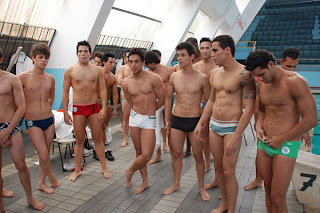 There is a strong sense of competition between gay men. Much more than what I witness and hear about amongst my straight male friends. There's this feeling of having to be better than and superior to each other. Walk down Chapel St and you can feel the eyes burning through you, looking you up and down, judging what you're wearing, how your hair looks and who good your body is. We're so hell bent on creating a gay community yet we create these divides that are anything but positive. Why would anyone want to be part of that?

I'm also not a participant of gay festivals or events; I've never been to MidSumma, Sydney Mardi Gras and I didn't even go to any Melbourne Queer Film Festival screenings. I feel no connection or openess to any of these. A new magazine "about men who date men" called Hello Mr. was released recently, which has intelligent and well thought out articles written by gay men from around the world. Whilst it was far superior to the semi-pornographic DNA-esque magazines that are around at the moment, I still was not won over. There were only three articles I genuinely enjoyed and was moved by but the rest of it felt preachy and at times, quite pretentious - further enhancing 'competition' within the gay community.

It is for these reason why I guess I don't have a lot of gay friends, which I am fine with, as choosing your friends based on sexual preference is just as ridiculous as choosing your friends based on sex. My friends are awesome and never have I ever been made to feel uncomfortable about who I am, directly or indirectly but I've also reached the stage now - having just turned thirty five months ago - where what I would really like is a relationship. Having turned my back on so many gay avenues, what else is left? Where do people who don't fit the gay community mould go? I keep thinking that I will meet the perfect guy when I am at a cool little cafe in Fitzroy or at a comedy gig I may be at and I don't need to go to the Greyhound or join a gay sports team to meet him.