So, after having seen a whopping 6% of what's on offer I give you my top ten shows of the Melbourne International Comedy Festival!
If I also reviewed the show on an official basis, the link to the review is attached. 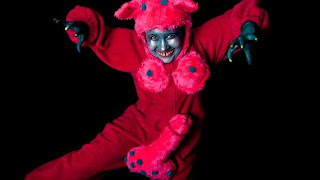 My mind was blown and then got super dirty after watching this show. It was relentless in its laughs and full of so much inappropriate humour which I absolutely adore. I could not fault this show and so glad I finally got to see it. Really hoping for a little Slutmonster cuddly toy to come out soon - look at the costume!
REVIEW 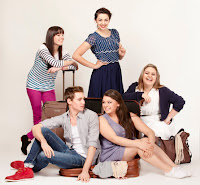 I have a strong preference for theatre rather than stand up so naturally I really enjoyed this musical comedy about five housemates trying to decide where to go on holiday. Great score and a very snappy and sharp script which really packed in the laughs. And you know that any show that starts off with a bang is going to be good. 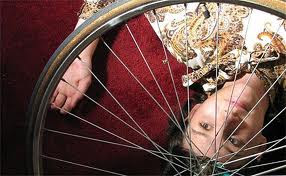 3. HOPE IS THE SADDEST

Another theatre number revolving around chance encounters and Dolly Parton. Extremely well written with some very thought out characters. There is not a single word that is wasted in this script. Great ways of using the small stage and a good combination of varying methods of telling the story are incorporated. 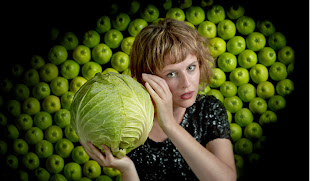 4. ANNE EDMONDS in "THE QUARTER CABBAGE"

Four strangers come to the same grocer to buy a quarter cabbage. They each give a 15 minute monologue to an insight into their lives. Edmonds portrays them with such honesty, realness and hilarity there were tears rolling down my face at various points. Would love to see some more of John Watts and Rebecca again. 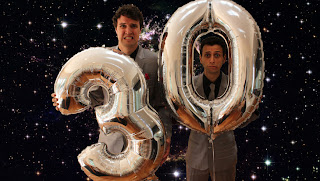 This cabaret show look at the fears and worries we have about turning 30. Having just turned 30, I could absolutely agree with all the issues these two talented singer/songwriters/performers covered. Some poignant moments scattered throughout and Abrahams and MaCleod would be one of the strongest comedy duo I have seen in a long time.
REVIEW 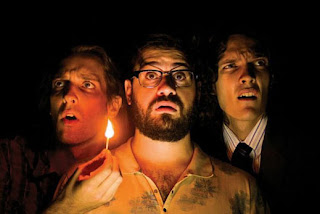 It's the end of the world and three housemates are trying to figure out what happens next. Great mixture of the mundane within the backdrop of armageddon. It's clear they have been working on this for a while and it pays off with some very clever humour and dialogue.

Sideshow freak circus acts meet comedy here. Although there are a few moments that the "slapstick" does waver and it's not so much traditional laughter as more gasps and deep breaths with some of the acts these two performers do, it was still a highly enjoyable show that had you feeling sympathy pain in places you didn't know you could. 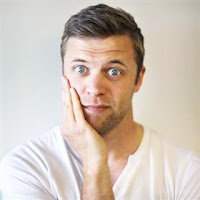 Although officially not part of the festival, Green performed a few intimate stand up sets in Richmond and I was very impressed by him. Probably one of the newest stand up comedians I have seen in a while that I have enjoyed. Really charming and laid back with interesting insights and anecdotal stories. Definitely someone to look out for in next year's comedy festival. 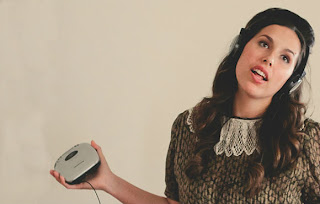 Sarah Collins is great as Susan, a young woman obsessed with being in choirs and the means she goes through to get accepted. Collins has some great storytelling techniques and her ability to command a crowd of over 250 people is a skill that not many performers have. Some great musical moments too, with Britney Spears being quite memorable. Oh, and there is a real life 13 person choir in the show too.
REVIEW 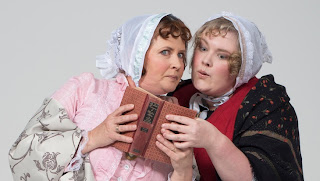 10. IN THE PARLOUR with TILLY & FLORA

Set in 1851 in a small English town of Cottesloe, this is improvised comedy at its best. And also the only improvised theatre-show at the Festival.  Sisters, Tilly and Flora are a delight to watch on stage with their daily adventures whilst also trying to keep up appearances. My regret is not being able to see more of this show as each one was completely different.


Well there you have it. Hope you managed to catch some of these shows as sometimes the more popular shows are not always going to be the best. If you agree, disagree or just have an urge to comment on my choices then let me know!

Till next Comedy Festival!