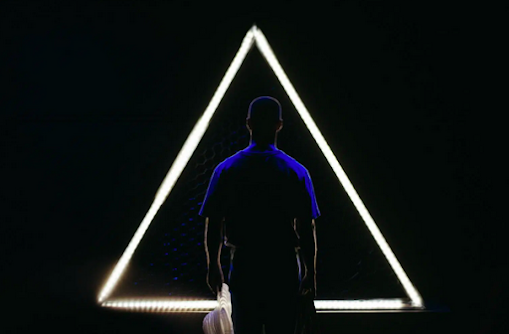 Patrick Livesey's mother took her own life in 2015. While mourning her, a number of questions began to gnaw away at Livesey's mind, including how did this happen and who was to blame? To answer these, Livesey spent over 30 hours interviewing people who knew their mother and it was these conversations that guided their new play, Naomi, which will have its Melbourne premiere at the Melbourne Fringe Festival next month.

Sharing such a story with strangers and with Naomi's friends and family was never going to be easy but it was something Livesey felt compelled to do. "Very early on after mum died, there was this feeling that this was something I wanted to share with people. It became clear to me how much storytelling is a means of healing or finding hope in total darkness. When my mum died, the stories I told myself about her and about what happened were what I clung to for survival. They were by far the most important tools for me in figuring out how to deal with the grief so as a storyteller myself *flips hair* it seemed obvious that at some point I would share those stories.” Livesey laughs.

Through their interviews Livesey explored how grief and mourning varied from person to person, the grief of a child and that of a parent, of an auntie and an ex-husband. "I suppose if anything to do with this show has come close to healing it would be those conversations and connecting with my family in a way that doesn’t really happen in normal life. Being able to talk candidly and confront each other with how we were coping and what we were still unable to come to terms with was strange but also wonderful," they explain. "For so many people grief is something that after a while you just keep to yourself because you don’t want to weigh anyone down. So to be able to give permission to each other to touch base with it five or six years on, was special. When you’ve grown up on a diet of ‘I’m fine’ it’s not hard to be rocked by honest conversations about mental health."

Further to that, the interviews also allowed Livesey to gain a better understanding of the events and circumstances that led to their mother's death and determine the path that the show eventually went down. "I grew up very aware that my mum had an illness that set her apart from other parents so for me it was like putting a puzzle together. The show goes on this sort of detective journey, similar to what I was doing I guess, about figuring out what happened. How does someone this loved die like this? What the fuck happened?”, Livesey says. "That’s a difficult question to ask and get answered because there is no true answer, it’s all subjective. Especially when you’re dealing with people’s memories. But the show kind of defined itself within that idea and that’s where Naomi came to life, ‘how did this happen?’"

Naomi had its first run at Adelaide, which included a number of Livesey's family members in the audience. A daunting experience for any performer, but even more so in this instance. "The first run of this show I ever did consisted of my dad, my sister, my aunty and grandparents. And that’s it. It was a bad idea and we all regretted it later but we survived and it was all downhill from there! " they tell me. "Being in Adelaide meant that quite literally everyone from mum’s life came and every night after the show, the box office would tell me who was in that night and how they were connected to mum because they would all tell them when they bought their ticket."

"Ultimately the act of doing the show came down to being prepared to back the story I was telling. It didn’t matter in the end who came because this was something I was ready to share. It doesn’t make it any easier and it’s weird speaking someone’s words back at them but I came to terms with that during the process and I had to stick to my guns. I should add that everyone involved in the show gave their consent to having their words being used in this way, which was important to me. I didn’t want to be so ruthless in my pursuit of mum’s story that I was like 'get out of my way, I’m burning it all to the ground!' I only burnt it a little bit and not even close to the ground."

While making (and performing) Naomi has been therapeutic, there is no neatly packaged conclusion to be found in this show. "Nothing about the show is bringing resolution to anything that wasn’t already on its way there. And those things that the show can’t resolve, like my missing my mum, or my regret about what happened, the show will never heal that. Nothing will ever heal that. But I can look at and touch those things and not be so scared by them anymore. That’s part of me now. My grandma has a line in the play, ‘I suppose it’ll never go away’ and that’s exactly it. All you can do is learn to live with it," Livesey contemplates.

"What I love about Naomi is the opportunity to spend time with my family. Not only because of the interviews, but now, every night I get up and I get to step inside their world and I get to feel that for a little while. I get to hold space for their grief, as well as my own, and I feel really lucky to be able to do that."

1. If you had to name your child after a vegetable what would it be?
Pink onion and they’re going to change the bloody world.
2. Which reality TV show would you most like to appear/compete on?
The Japanese one where they watch babies do chores (Old Enough). All the world’s a stage and it would really spice up my trips to Coles if I knew people were tuned in to see whether or not I got lost.
3. How many seconds can pass before you can't eat food off the floor?
Depends who’s looking.
4. What's a song that sums up your life?
Either Shania Twain’s Man! I Feel Like a Woman (explains itself) or Shania Twain’s That Don’t Impress Me Much. I’m underwhelmed, people!
5. It just isn't a Fringe Festival experience without ... it’s a tie between crying (I’ve already done it once today), not seeing the hit show of the festival and hearing about it for the rest of your life, and walking home at 6:30am the morning after the closing party, feeling deep shame for everything you’ve ever done and will ever do. Let’s go, girls!