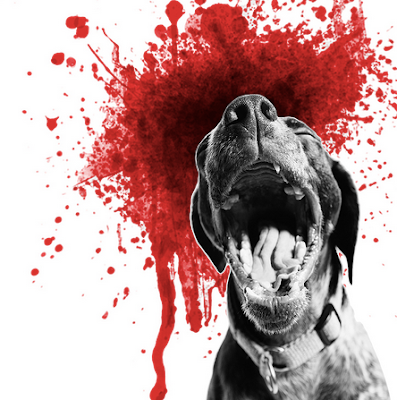 "To this day, one of the most powerful plays I’ve ever experienced was one Sally wrote for a uni assessment. It was mind blowing and has stayed with me for over twenty years. I’ve wanted to work with her ever since. Last year I suddenly remembered I run a new Australian writing theatre company so I could probably just, you know, commission her to write something. I’m really just living out a long-time-coming fangirl directing fantasy so the fact that the play is incredible is just a bonus."

Due to the current pandemic and the uncertainty of the performing arts being able to present live productions, Brooks had to pivot and think of innovative ways to present a digital experience for audiences, particularly when so many of us are suffering from Zoom fatigue. "I hate sitting on great work, or keeping things in perpetual (usually hidden) development. I’ve also discovered just how much people love seeing readings of new plays, giving feedback, and feeling part of the creative process. So we decided to use the opportunity of Digital Fringe to showcase where the play is right now, and let the audience enjoy and potentially engage with a work-in-progress that’s already a knockout piece of future theatre," he explains.

"Because we are so Zoom-fatigued at the moment, I didn’t want to just hit record on a group of actors reading together while battling the glitches and "sorry-Tiffany-you’re-on-mute" endemic to this country’s completely shithouse internet," he admits. "Due to Locky D (and no more Jobby K), what was originally to be a complex and really thoughtfully filmed six-camera setup recorded live in a theatre became a combined filmshoot/radioplay-esque endeavour rewritten and shot via an online vodcasting platform over two weeks with a cast of very patient actors all otherwise locked inside their houses in Melbourne and Sydney. Ah, the arts."

While the central plot revolves around a death, there's a greater tragedy highlighted once we start to dig deeper into these peoples' lives. "The real tragedies in Dog Park are the ones the characters carry – or, worse, perpetuate – and they’re also the sources of all the comedy. And that’s real. We are, all of us, fucked up cocktails of pathos and humour. I’ve always been drawn to those lovely human antitheses, and Sally has captured that and increased the stakes; weaving other characters, motivations and affects – and hot-button contemporary themes – into the shadows", Brooks tells me.

"Even though Dog Park shares similarities with some rather more famous examinations of middle class life like Don’s Party, Away, and The Slap, it’s also a topical study of sex, consent and the culture of toxic masculinity in Australia's prestigious private schools. It sits uncomfortably neatly within the current political climate (and headlines) – where we’re seeing the minimal accountability and the maximum sway that one particular sub-class has over the entire electorate."

"The play also flips animal anthropomorphism on its head a little," Brooks continues. "Maybe we tend to “humanise” our pets so much because, deep down, we’re actually terrified we’re also little more than animals, fighting for a place in a hostile and tenuous pack structure merely for survival. Or perhaps to ward off the loneliness of today’s world. Or perhaps they’re the same thing."