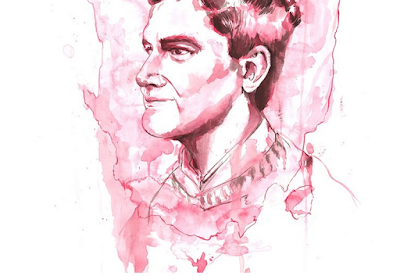 Australia may have recently celebrated two years since marriage between same-sex couples became legal in this country, but it's important to remember the struggle faced by the LGBTQ community to get there, and this fight goes way back further than 2017. Roughly 30 years ago, being gay was considered a crime in Tasmania and it wasn't until the Tasmanian Gay Law Reform Group defied a ban on a stall to decriminalise sexual activity between consenting adults that progress began. Presented as part of the Midsumma Festival, Campion Decent's The Campaign traces the events from that day, where over 100 people were arrested, and the changes this group brought.

Decent spending considerable time researching and interviewing figures who were involved with the gay law reform and writing the play, which had its first performance in 2018. "I was approached with the idea at the beginning of 2016 by the director Matt Scholten who operates If Theatre, and we spent the next two and a half years developing it and building partnerships. We were hoping to premiere the work in October 2018 to coincide with the 30th anniversary of the first arrests at Salamanca Market and with the assistance of Playwriting Australia, Tasmanian Theatre Company, Blue Cow Theatre and Salamanca Arts Centre – and the blessing from key stakeholders – this became a reality," he says.

"I was familiar with the rough span of the story from when I was editor of The Sydney Star Observer in the early 1990s but revisiting it for a theatrical purpose made me look at events anew. I recalled, for example, that there had been several parliamentary debates over a decade or so, but it wasn’t until I read those hundreds of pages of Hansard that I was reminded of the appalling prejudice and the enormity of the activist task required to change hearts and minds."

The Campaign is based on personal testimony, parliamentary transcripts, media reports and archival sources from the people involved, including LGBTQ rights activists Rodney Croome and Nick Toonen and politician Christine Milne who was the first female leader of a political party in Tasmania. While 30 years have passed since the Salamanca Market arrests, Decent found that their experiences were still fresh in their minds. "People were very open to discuss it, but of course I was asking them to dredge up memories from twenty to thirty years ago. Any reluctance was more about the ravages of time than resistance,' he tells me. "Some would say, ‘happy to talk, but I didn’t really do that much. Not sure I can help you.’ With a few prompts though they were generally quite loquacious and a little surprised that the feelings, if not the details, could be so easily recollected. However, having done this kind of interview-based research before, I was not surprised by these responses as you can’t go through something like that for it not to sit inside you somewhere."

Even though the 1988 events spearheaded the law amendment, it took almost a decade for sex between two men to no longer be a criminal offence. Decent believes that these accomplishments should be looked at in a positive light rather than disbelief at the time it took to get there. "It’s never fast enough when you are in the middle of it, but when you stand back and look at it historically, the pace of progress has been remarkable. Like feminism, what we have accomplished in a few decades, addressing centuries of prejudice is something we should never forget. That isn’t to say everything is achieved, but it’s the reason we shouldn’t forget - because we can draw strength and inspiration from our victories for the next battlefront."

A new director and cast can often mean changes to a production, but Decent is confident that due to the nature of this show its powerful message will be retained and is excited to see how this upcoming season brings this story to life. "While the text remains the same, especially with its verbatim form, any variation in cast and creative team bring their own reading and interpretation. That is the magic of theatre and with Gavin Roach producing, Peter Blackburn directing and a cracking cast (Ally Fowler, Patrick Livesey, Ben Noble, Claire Sara and Ben Stuart) I genuinely feel that I am in extremely good hands."

1. The one food you can’t live without? Gin (yes, I count the juniper berry as a food).
2. What is the worst smell in the world? The combined stink of Boris Johnson, Donald Trump and Scott Morrison.
3. What is the strangest fact you know? Campion, my strange first name, is also the name of a plant of the pink family - how apt!
4. How long would you last in a zombie apocalypse? Mmm, I like to think I would be eaten quickly and taste delicious.
5. Which animal are you most like? Having owned five, I can say with confidence I am a sausage dog. I am stubborn, clever, barking mad, slightly overweight and devoted to one owner.

Accompanying the Victorian premiere of The Campaign, is The Campaign in Process. This art exhibition has Nathan Smith depicting the artistic process of rehearsing the theatrical work as well as Smith's own responses to the story, themes and people that pioneered the Tasmanian gay law reform campaigns.
Posted by Myron My at 21:48