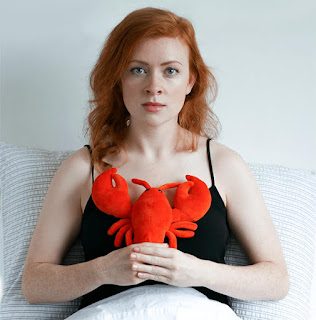 So no one told you life was gonna be this way. If that sentence immediately makes you think of the 90s TV program Friends, you are definitely not alone. It was a show, where for 14 years, the world patiently waited for one of TVs most loved couples to finally get together - and stay together: Ross and Rachel. It was all happily ever after for the two, but what really happened afterwards? Did they stay together? Were they happy? Did they stay in love? Presented by Spinning Plates as part of the Melbourne Fringe Festival, James Fritz' Ross & Rachel is an examination on The One That No One Told You About.

"Ross & Rachel is about what happens after the end – not about getting together, but about staying together," actor Jessica Stanley explains. "The title really is so integral to the whole thing; it’s about how people can lose their identities inside of a relationship, how they’re no longer counted as two people but as one."

"Fritz has taken this really iconic pop culture couple and imagined what may have happened to them after the cameras stopped rolling and the scripts stopped being written for them. The characters suddenly have voices of their own, and dare to ask: what if we weren’t meant to be together? The characters are also never named in the dialogue so this could actually be any couple being discussed. You don’t have to know Friends to enjoy this piece."

While the concept initially garnered Stanleys interest, it was the script itself and the freedom it provided as an actor, that made her want to perform this piece. "It’s so unique, daring, and challenging. It’s written out like an epic poem, never denoting who is meant to be speaking, and so much is left to the imagination," she says. "It goes in a direction that you definitely don’t see coming. It still has humour to it, and some great passing references to iconic moments of Ross and Rachel’s relationship that satisfy that sense of nostalgia, but it also has a darkness to it that may shock audiences."

Fritz refers to Ross & Rachel as a "play with two voices for one performer", where one actor takes on the role of both the male and female characters. There is no clear distinction on which character is speaking except by the performer's change of voice and physicality. "It’s been really different to any way that I’ve worked before. We spend an entire week of rehearsals with me only in one character, sometimes with someone else in the room doing the lines of the other, so that I’m never judging the character that I’m working on at the time or justifying the other’s point of view," Stanley tells me.

"We decided to start with Her, because we agreed that this character was easier for me to get into, and then add in Him second. We haven’t gotten caught up in worrying about “how can we distinguish between the two so that the audience gets the difference?” – hopefully, the work that we do on each character individually, including a lot of movement and body work, will just become a part of it through the way we’re working, and those differences will come through without us having to focus on them."

Through working on the show and looking at the ideas behind love and romance, Stanley has been faced with considering what 'true love' is and how it is portrayed in the world of film and TV. "It’s definitely made me question what we are told is romantic or true love. In rehearsals we were reliving the events of the final episode that brought Ross and Rachel back together, and hearing it out loud in this day and age was actually quite disturbing: he went behind her back and bribed her boss to get her old job back so that she wouldn’t leave, and still when she chooses to leave he calls the airport and has the plane grounded. Of course, in the backdrop of a sitcom, this is hilarious, but how acceptable would that be in real life?"

While it has been 14 years since Friends ended, just the mention of these two character names still evoke strong emotional responses from people who would spend their Monday evenings watching the iconic show. "Friends is a cultural phenomenon that is synonymous with growing up in the 90s. Almost every school kid and young adult from that decade has a history with show and its wider reach," Producer James Cerche says. "Everyone knew Ross and Rachel, whether you watched the show or not. It’s a love story that we grew up with and now we’re able to re-examine it with Ross & Rachel. Like catching a whiff of an ex’s perfume on a crowded train, these names are inbuilt sense memory for so many. It's familiar and alluring."

Art is
Jess: Sharing your soul.
James: Instinctive.
If you had to become an animal, which would you choose and why?
Jess: A panda because they spend lots of time eating and they’re very naughty.
James: A greyhound or long boi because they’re tall, thin and lazy.
What song would you play on repeat to torture someone?
Jess: "Summer of ’69" - Bryan Adams.
James: Literally anything by Nickelback. (like this gem.)
How long would you survive in a zombie apocalypse?
Jess: One of my greatest life achievements is being awarded “Most Likely to Survive a Zombie Apocalypse” by my friends during a games night.
James: Three minutes tops. I’m not built for combat.
It just isn't a Fringe Festival experience without
Jess: Making besties with someone you’ve just met at the Fringe Hub at 1 in the morning on a Wednesday.
James: Glitter.