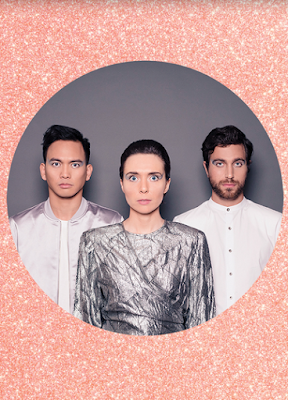 No apocalypse ever runs smoothly and in The Yonder, things could not get any more comedically complicated for the remaining citizens of Earth on board a flight to take them to a deserted planet and apparent safety. This collaborative work between Shannan Lim, Elizabeth Davie and Ezel Doruk on the issues of race, identity and migration is sure to entertain at this year's Melbourne Fringe Festival. Oh, and there's also alien space squids.

"The Yonder is the ship that evacuates the last of humanity out from the burning ball of mess that Earth has become. It’s as much a spacecraft as it is a budget airline, and the audience are the passengers," Lim tells me. "Elizabeth, Ezel  and I each play two characters, and they all squabble. Elizabeth is the captain, and the CEO of the shuttle company. Ezel is first officer and an abducted Turkish lounge singer. I am the engineer on board The Yonder and an alien squid baby—I’m really looking forward to this, I think it’s so horrifying and cute."

This is the first time the three performers have collaborated on a work and if Lim has it his way, it hopefully won't be the last. "I met Elizabeth and Ezel separately last year, but we started talking and hanging out and going to see plays, films and gigs. We’ve become very close and will become even closer, I’m sure, from having created The Yonder together," he says. "Part of our process is to just talking about what’s going on with us and the sociopolitical environment around us, then figuring out how to cartoonify that. Elizabeth’s good with structuring the story, and Ezel has lots of playful ideas. They’re both so perceptive and open and committed in general, they’re excellent collaborators."

The Yonder is the concluding play in a series of Lim's other two works, Asian Ghost-ery Store and Salty, the former winning him the Award for Innovation in Culturally Diverse Practice at Melbourne Fringe two years ago. Lim's work finds the delicate balance of highlighting issues pertaining to race and culture while finding humour in how they are addressed. "I’d describe myself as a very serious person in an everyday context, but I’m drawn to comedy in performance. I guess because to me, it’s inherently absurd to ask members of the public into a dark room and have them watch you and want to affect them," he explains. "I try to use humour both to call out the ridiculous thoughts that I or other people might hold, and to highlight the mechanics of independent, lo-fi theatre."

"When I was playing Asian Ghost-ery Store at a festival in New South Wales, I had to take the bus to the venue dragging a suitcase containing all our props. One night some people on the bus started mocking me, “Nice of you to come to Australia, Chinaman!” It was very ironic that I was en route to the theatre where I would do whiteface and talk about racism. So, you know, if I can impart a little guilt on white people then I’m doing my job," Lim says.

While this trilogy has proven to be successful for Lim, he's ready to close this chapter and look at creating work that focuses on other issues impacting individuals and communities. "The Yonder is apocalyptic so that’s kind of a fitting place to end. Next up, I’m interested in looking at other types of diversity in addition to cultural diversity—gender, sexuality, age, access—and using different mediums aside from stage plays to communicate those narratives," he explains. "Plus, Salty is now in development as a digital series."

Despite his previous successes there's still equal parts confidence and nerves before a new show opens. "I’m pretty good at putting aside my regular neuroses when I’m about to go on stage. We’re dancing or making sure our hair looks good five minutes before the audience comes in," Lim says. "This time two years ago, we hadn’t finished writing Asian Ghost-ery Store yet. It was the first theatre thing I’d made. If I think about all the opportunities that came because of it and Salty, and how much has happened since then - it’s mad. Putting up The Yonder is equally as daunting but I can say to myself, “You’ve tricked people a couple of times before and they bought it.” 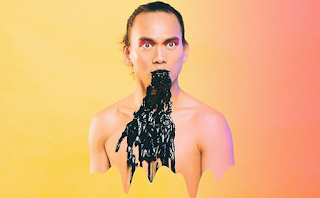 Art is a moment in somebody’s brain.

The best live show I've seen in the last couple of years or so is a tie between Nick Coyle’s Queen of Wolves, Aanisa Vylet’s The Girl or Trygve Wakenshaw’s Nautilus.
The best advice I was ever given is "don’t forget to go outside today."
A song that describes my life is "Got Your Money" by Ol’ Dirty Bastard.
A food I can't live without is burgers.