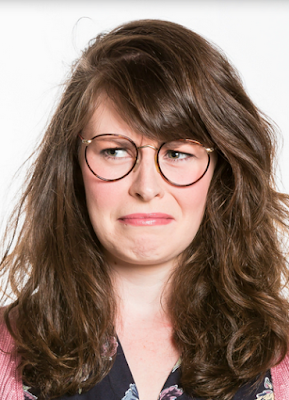 There are moments in our lives where we are thrown a curve ball and all our best-laid plans go out the window. This can take mere seconds or in Annie's case, 50 minutes. Presented as part of Melbourne Fringe Festival, Carly Milroy's Pee Stick is a charming comedy cabaret that follows Annie as she agonisingly awaits the outcome of her pregnancy test.

"Pee Stick is a story about time slowing down while a single woman waits in her bathroom for a pregnancy test result. The show largely takes place in her imagination, where we meet eccentric characters from her world prompting the big questions: what could having a baby mean for Annie's professional, personal and family life?" Milroy (who serves as writer and performer) says. "There's a lot of dumb fun in Pee Stick—awkward high school moments, sea-sick monsters, rhythmic traffic disputes—but ultimately it's a play about the compromises women are asked to make in the pursuit of motherhood."

"The play is set in 1987, which meant I could take the audience back to the beginnings of at-home pregnancy tests when women had to wait up to an hour for a result (conveniently also the running time of the show!). Even though this kind of agonising wait has been compressed down to a few minutes in 2017, the same emotions and reactions are experienced: dread, excitement, grief, love…it's timeless. I wanted to highlight that the assumptions, professional barriers and social stigmas Annie grapples with in 1987 unfortunately still deeply affect women today. Also it means I get to wear a bum bag."

Milroy performed the show in early 2016 with a season at The Butterfly Club, and since that time the show has gone through some changes, as has Milroy's personal experience with pregnancy tests. "When I first wrote Pee Stick I had taken home pregnancy tests but they were always negative. So, while Annie's gruelling wait was written from first-hand experience, the implications of actually having a baby were researched from other mothers' perspectives. Then a few months after performing the show I got my first positive pregnancy test result! THE MAGIC OF THEATRE," she explains. "I had my cool twin boys in January this year. Needless to say the lived experience of motherhood called for some script updates."

"This time round the show is sillier, a lot more physical, with 80s inspired music throughout the play to reflect the roller coaster of emotions Annie goes through. Her relationship with her overbearing new-age mother, Pamela, also features more prominently in this season. We get to see their mother-daughter dynamic play out from childhood through to adulthood. It's quite a different play to last year's version, and I think more satisfying."

Pee Stick is Milroy's first attempt at writing a solo show so I was interested to hear how she begins writing one and at what point she begins to feel confident as to how it's progressing. "I usually start by writing down things that are on my mind, that are important to me. I need to care about what I'm making before I can expect other people to care about it. Then I'll walk around the house for a month or more, past my very confused dog, talking to myself and recording nuggets of ideas and character voices on my phone," she tells me.

"I start to feel confident in the way a show is progressing when I'm excited to read or perform every part of it. I'm a big advocate for ruthless editing, and know I need to get the scribbling pen out when I feel like I need to 'get through' one part to reach the enjoyable bit. I also re-write big chunks of my scripts once I start working with a director and playing around with the staging of a piece. I love thinking of theatre, especially comedy, as constantly evolving. Collaborating with the very excellent director Rachel Davis on this piece has been a brilliant experience, she's fantastic!"

While the work is based on fiction, Milroy sees a lot of herself in Annie, especially since becoming pregnant herself. "Annie is easily confused by social norms, loves music and lets her imagination run away with her. Her relationship with her mother is pretty dear to me, particularly since having kids myself," Milroy says. "There's a lot of love between them despite not seeing eye-to-eye all the time, because they've had to rely on each other over the years. Those two characters are quite personal for me and seem to be united against the world through a lot of the play."

"The other characters are big personifications of Annie's fears about what a baby could mean for her identity as a woman. Does she need to be a corporate boss bitch, a naturally maternal president of the mother's club, marry a man and be a 'proper lady' (whatever that means). She is wrestling with her perceived 'role', an experience that I think many women can relate to that."

Art is messy.
The best live show I've seen is always changing, but a VERY good one that I still think about often is EDGE! by Isabel Angus and Rachel Davis.
The best advice I was ever given is "'don't put the knife in the toaster."
A song that describes my life is a terrible idea for a song.
A food I can't live without is pumpkin pie.