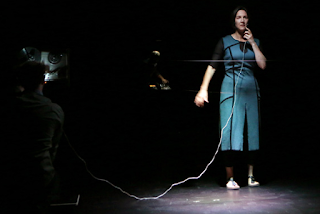 * Original review appeared on Theatre Press on 15 May
Posted by Myron My at 22:27

Myron My
Performing arts writer and reviewer based in Melbourne. Also: TV. But never binge. Film. Running. Hiking. Board games. Switch. Lived in Kyoto & London. Comedy value in everything. Fascinating as well as sexy.