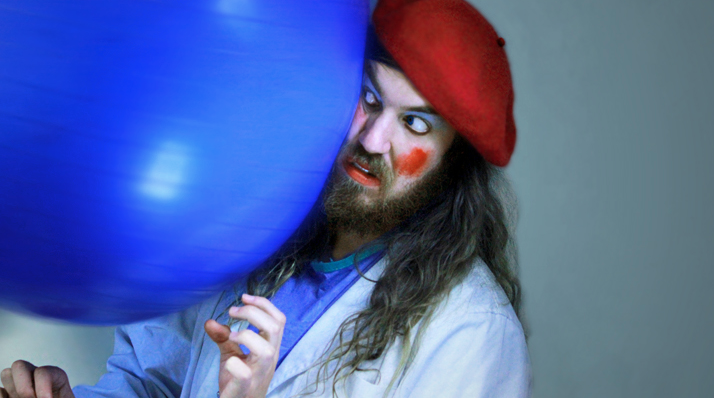 I'll be completely honest, I remember seeing Dr. Professor Neal Portenza (Joshua Ladgrove) in 2012 and not really being impressed by what I saw and thus stayed away from future shows. Since then, every review I read mentioned how great his shows are so I finally bit the bullet and went along to his Melbourne International Comedy Festival show, Catchy Show Title and am I glad I did. Hands down, the best show I've seen during the festival and highly doubtful that anything is going to beat it.

It's really hard to explain what this show is about, especially as there seems to be a little of bit of everything in it. Sketch comedy, character pieces, improvisation (the good kind) and (for some, the dreaded) audience participation. No one is safe in this show, you cross your arms, you whisper something to your friend or even sneeze, you will be pulled up. The audience tonight was particularly open and eager to play along, which is imperative for a show like this to succeed and this is also in part to Ladgrove's charm. There was even one instance where I thought "uh-oh, he's going too far" but he just makes it work; we are literally putty in his hands.


It's very hard to pin point where the scripted and planned material ends and where the improvisation begins. It is sharp and smooth and Ladgrove does not skip a beat. Despite the wackiness of the show, this is a cleverly put together show where we are drip fed moments of sheer humour for 60 minutes. The four characters he portrays are absolutely sidesplittingly hilarious and Ladgrove is well aware how long to keep them on stage for.

Suffice to say, Neal Portenza (even though he's not a real person) is now on my list of top comedians. There is no reason for this show existing. There isn't a story to share or a profound thought about life that Ladgrove wants us to walk away with. Catchy Show Title exists purely for the laughs and nothing but the laughs. And oh how we laughed.