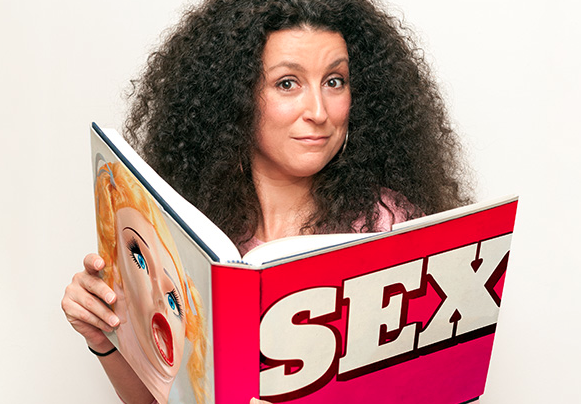 Let's talk about sex baby. If you like my body and you think I'm sexy. Let me play with your body make you real hot. Despite these three sentences being lyrics to three very well known songs about sex, they also encapsulate Katerina Vrana's show, aptly titled About Sex.

Born in Greece but having lived almost two decades in England, Vrana's has a wealth of stories and anecdotes to share of these two cultures and their dealings with sex. Her impersonations of her family members, including her mother and father, are brilliant but it is when she talks about her 17-year-old brother asking her for sex advice that things really get cracking. One simple question from him is all it takes for the audience to be simultaneously shocked and howling in laughter.

Vrana has great comedic timing on stage and her delivery and facial expressions of punch lines is impeccable. She knows exactly how far to push the envelope and then step back to let us take it all in before she gets straight back into it.

As an added bonus, Thursday night shows are performed in Greek, so it's a perfect opportunity for those Greek grandchildren out there to take your grandparents out on the town for a laugh and some fun.

Vrana's insights in About Sex are more than just cheap dick jokes and 'wham-bang thank you ma'am' type of comedy. Vrana is opening up discussion about sex so we are not ashamed or embarrassed by it or our bodies; after all, we all do it, so why shouldn't we enjoy doing it and talking about it?

* Original review appeared on Theatre Press on 5 April
Posted by Myron My at 21:16