I managed to see 91 shows this year, down 31 from last year - but I blame the three weeks I spent in Peru and the three weeks I managed to watch 51 films at the Melbourne Film Festival!
Again, it has been a variety of dance, performance, cabaret, burlesque, circus and the list continues. I do feel very lucky to be living in Melbourne, a city that has such a thriving and invigorating performing arts scene. So even if your show ranks in at 91, I would still like to give a big thank you to everyone involved with all the shows I saw and creating pieces of work for people to see and discuss.
However, this will be my list of only my top ten shows of 2014, so here we go...

If I reviewed the show on an official basis, the link to the review is attached.

So I was in two minds about including this in my top ten because it wasn't exactly a show but rather different performances spread throughout the course of an evening at the Fringe Hub BUT when I considered them as a continuous flow of performances, I was gobsmacked and hypnotised by them. The highlight of the evening was Anna Lumb's gimp hip-hop rap in response to what art is.

It's the third F&S show I have seen (and already got my tickets booked for Caravan Burlesque) and the variety of artists and art forms continues to be daring, bold, affecting, confronting and extremely entertaining. 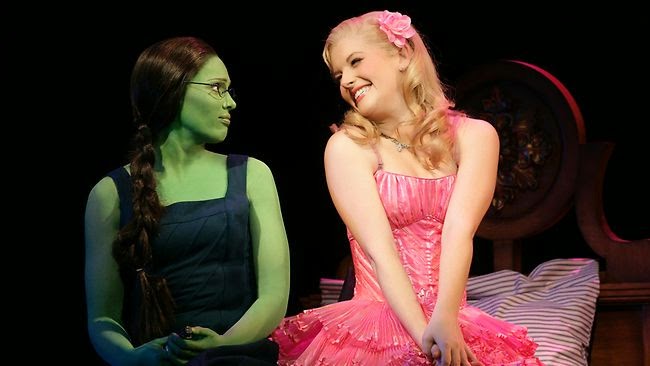 The first time I saw Wicked was in 2009 in London. Having seen it once I was in two minds about seeing it again in Melbourne, but as soon as those lights went down, I knew I had no regrets.

The costumes, the set and the talent on display evoked so much fun from me, where even the woman sitting directly behind me who kept signing along could not ruin the repeat viewing for me.

Really enjoyed Edward Grey's portrayal of Bok but it was Jemma Rix who absolutely blew me away as Elpheba, incredible voice and very convincing on stage. Look forward to seeing her work her magic again, even if it ends up being Wicked for a third time! 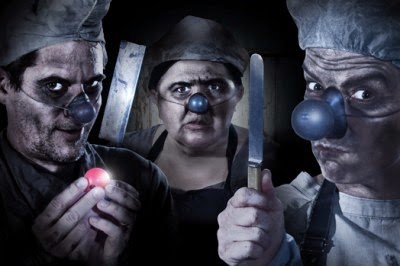 Clowning just took a walk down the dark side with The Long Pigs. These guys are dirty and dark with black noses, and are hell-bent on collecting the red noses of other clowns.

Back in March, when I saw this show, I said it would be one of my highlights of 2014 and here it is at number 3.

With minimal dialogue and an unsettling atmosphere, the cast - Clare Bartholomew, Nicci Wilks and Derek Ives - were able to convey a strong story and evoke sympathy and empathy from us over their individual and group plights yet still filling the room with laughter with its dark and hilarious scenes.

All the stage elements blended perfectly in the performance to help create the grim world that was thrust upon us in this highly entertaining show. 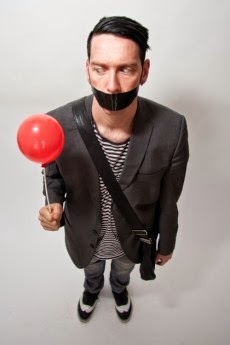 4. More Tape - The Boy With Tape On His Face (Melbourne International Comedy Festival)
The Forum

This was another show that was built on silence but The Boy With Tape On His Face spread his quirky humour and unique way of seeing every day objects with a load of audience interaction.

The Boy is extremely charming and likeable - not one person could reject his invite to coming up on stage - and it's amazing how much emotion and story he conveys with his body language and eyes.

If there was an award for best ending to a show, then this show would have won it for sure with the massive smiles on everyone's faces as they left the theatre.

A must see upon his return to Melbourne whenever that may be. 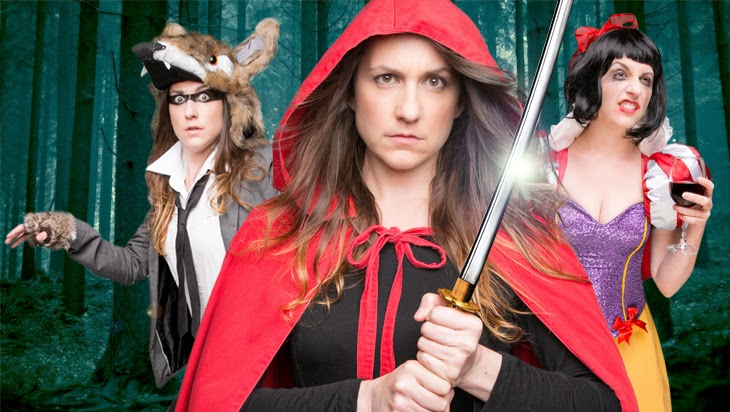 Improviser extraordinaire Rama Nicholas was fresh from her Fringe Festival Moosehead award for Death Rides A Horse when she returned with her slightly dark but highly comedic look at what happens to all your favourite fairly tale characters after the fairty tale has ended.

Nicholas played all 20 characters in After Ever After and she did this with clear distinction in mannerisms, voice and body language. It's the scenes with numerous characters, such as an ageing Snow White and a recently released Big Bad Wolf for granny-cide, that allow Nicholas to really bring forth her talent. One of the more memorable scenes was the Seven Dwarves rap, in which you guessed it, Nicholas performed as each and every dwarf with precision timing.

That's two for two winners for me by Nicholas - wondering if she can make it a hat trick in 2015. 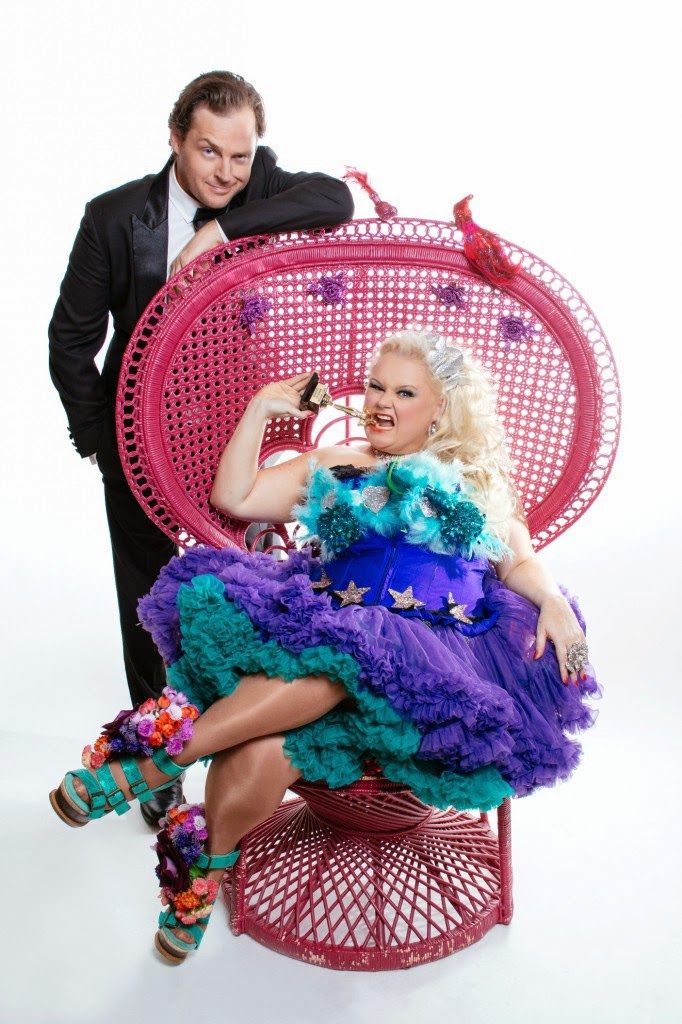 I first saw Lulu McClatchy and Lyall Brooks on stage together last year in Neil LaBute’s Fat Pig and their chemistry back then was obvious. In Supergirly they were given more freedom to experiment and play and the outcome was even better than I could have anticipated: McClatchy and Brooks nailed it.
McClatchy portrayal of a slightly (or extremely) delusional eponymous starlet who has relegated herself to staying indoors and reminiscing about her celebrity life spectacularly as she sings and performs her own interpretations of some well known pop songs.
Supergirly was an extremely fun show and no-one was safe when seasoned performers like McClatchy and Brooks let loose their sparkling satire on the cult of celebrity and its followers. Even the audience gets a talking-to, but it was all done in such a fun way that you ended up wanting to join the party on stage.
REVIEW
7. Reception - Bethany Simons
The Butterfly Club 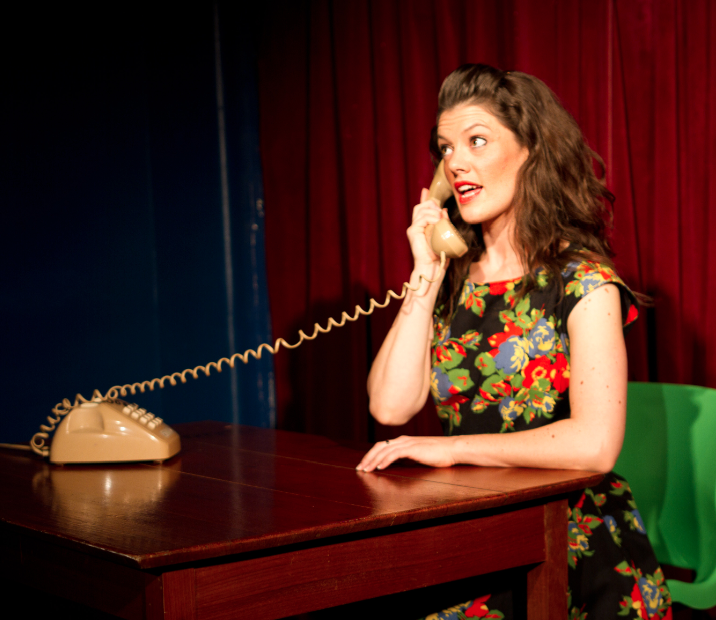 Bethany Simons was back on stage with her comedy cabaret Reception, in which she recalled some of the more interesting and memorable moments of her job as a receptionist at the Australian National Academy of Music.
There were a number of memorable songs throughout Reception, but the one that received most laughs – and my favourite – was the rap song, “I Can’t Help But Help”. The fabulous lyrics, along with its simple choreography and Simons’ hysterical facial expressions made it a definite crowd pleaser.
As funny as Reception was, it was also a little frightening how much I was personally able to relate to Simons’ anecdotes and experiences from working in administration for an arts organisation: the constant mishearing of her name resulting in such variations as Destiny, Stephanie and Melody (Byron, Brian and Simon for me), the hazards of the “reply all” button (been there, done that), and the cursed affliction of “type fright”.
I was utterly entertained by Reception with its interesting stories, clever writing, great songs and many laughs.
REVIEW
8. The Complexity of Belonging - Chunky Move/Melbourne Theatre Company (Melbourne Festival)
Sumner Theatre 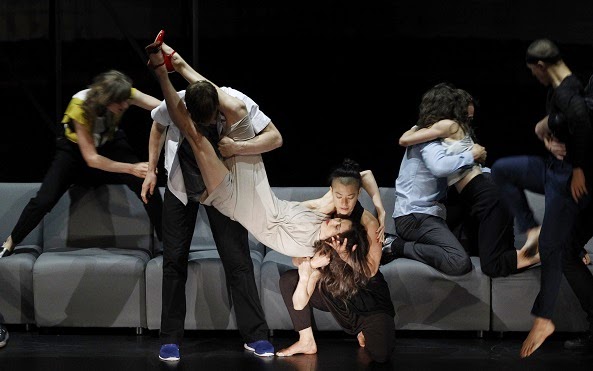 I got last minute tickets to this show and boy am I glad I did. A beautiful immersion of dance and stage as five dancers and four actors come together to tell the stories of nine interconnected people and where/how they belong to the world they live.

I don't think anyone walked away without being amazed by Lauren Langlois monologue in which she describes her dream man to her therapist whislt being moulded and shaped into extreme positions by another performer. James Vu Anh Pham also blew me away with his nimbleness and fluidity in his body, something in which I have not witnessed in a dancer for quite some time.

The Complexity of Belonging was a beautiful collaboration between German writer-director Falk Richter and Dutch choreographer Anouk Van Dijk with some truly amazing set designs and concepts.

9. The House of Yes - Little Ones Theatre
Theatreworks 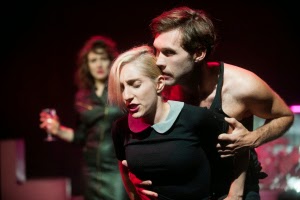 It took me exactly 37 seconds to realize that I was going to be in pure bliss watching The House Of Yes, a bizarre yet hilariously witty play by Wendy Macleod.

Some wonderful casting here, especially the unusual choice of Josh Price playing house matriarch Mrs. Pascal. But it's decisions like this that make Little Ones Theatre's productions exciting for audiences.

Director Stephen Nicolazzo did a great job in crafting the pace and delivery and there was never a dull moment on stage. The set and lighting design of the Pascal home further articulated the misguided values and the mindset of a family that was caught up in its own bourgeois reality. Eugyeene Teh’s all-pink set contrasted with the darkness that envelops the family, and the lighting by Katie Sfetkidis successfully built the tension towards the climatic final scene.

A resounding yes from me to the "purveyors of fine camp". 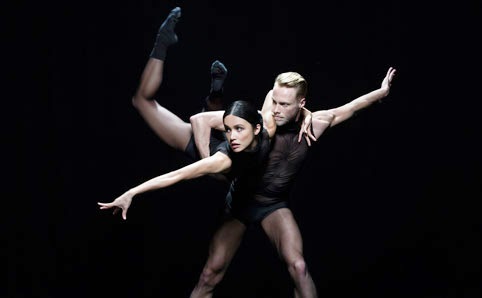 A contemporary triple bill of dance with three very different pieces. Whilst the opening number, 2 in D Minor, failed to leave a mark on me, the strength of the other two was enough to keep me more than impressed.

The physicality and contortional demands of the dancers in Jacopo Godani’s Raw Models was the perfect contrast to the playfulness and philosophical L’Chaim by Gideon Obarzaneck.


Interplay was a great season that showcased the talent and versatility the company's dancers have in being able to go from one type of dance to another with such smoothness and dedication.

So there you have it, my top ten shows…but I must give honourable mentions to the following ones as well, which were just pipped at the post.