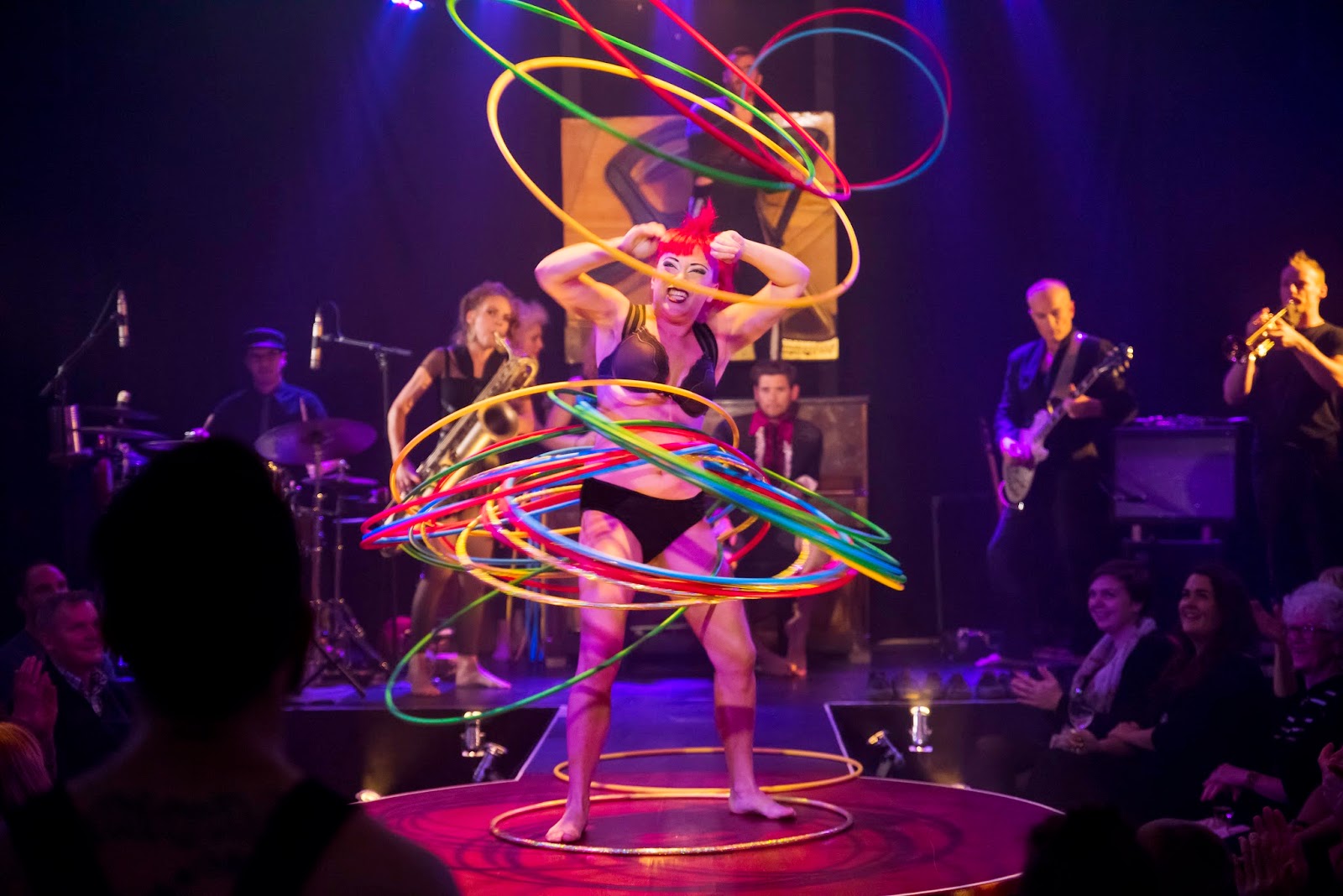 When I go to the circus I often can’t help feeling like a child again as I watch in awe, wonderment and envy at the acts on display. Fortunately for me, these feelings continue to be felt at the Melba Spiegeltent with the current show from Circus Oz, Close To The Bone.
The first thing you notice upon entering is the surprising size of the Spiegeltent. It’s a small and intimate space, which works well from an audience member perspective because no matter where you sit, you can more or less hear the heavy breathing of the performers, see the sweat dripping down their faces, and really see the strength and flexibility on display. These are highly talented professionals who are pushing themselves to their limits, and possibly even further.


I particularly enjoyed Lilikoi Kaos and Dale Woodbrige-Brown’s mischievous interactions during the hoop act, and Olivia Porter’s hacky-sack segment had everyone’s eyes glued on her from beginning to end.
The highlight of the night however belongs to Matt Wilson and his extremely high risk-balancing act, about which the less said is better so as to not ruin the surprise. What I will say though, is the tent was filled with tense excitement as Wilson went about performing this and the collective sigh of relief and cheers from the crowd upon completion was resounding.
There is a strong emphasis on music throughout Close To The Bone, which is led by the skillful Ania Reynolds and Ben Hendry. However, the cast also joins in throughout the night on a variety of instruments including guitars, piano and trumpets and even squeeze toys. The impressive “unconventional” drumming performance by Hendry further enhances the relationship between the two art forms.
Circus Oz’s Close To The Bone is an evening of good old-fashioned acts with just a touch of edginess and cheek that will most certainly entertain even the harshest circus show critics.
Venue: The Melba Spiegeltent, 35 Johnston St, Collingwood
Season: Until 21 December| Thurs-Fri 8pm, Sat 5:30 and 9:30pm, Sun 5.30pm
Tickets: $45 Full | $40 Conc
Bookings: ticketmaster.com.au or 136 100
*Original review appeared on Theatre Press on 14 December
Posted by Myron My at 21:29