Dan Savage and his "savage advice"

I happened to catch Dan Savage in Sydney give a talk as part of The Festival of Dangerous Ideas. Entitled "Savage Advice" he discussed the idea that infidelity is not the end of the world in the reality of long-term relationships and referred to his own "monogamish" relationship with his husband and how it can work for some people. 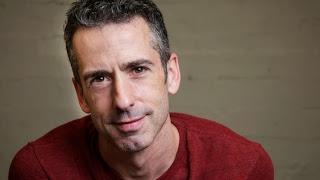 Savage informed us that 40-60% of men and 40-50% of women will cheat on their partners and as we invest so much time into relationships we should not walk away from them because of the occasional slip up. I could not disagree more. If you are going to commit to someone, you commit to someone. You don't commit to them part time. Firstly, creating a cute term like "monogamish" will not lessen the impact of what has occurred and I will not and can not accept "monogamish" into my life. Secondly, you either are monogamous or you're not. Just like you either are vegetarian, sexist or racist or not. No one is vegetarianish or sexistish or racistish.


There was a lot covered in Savage's talk and not all ideas were fleshed out in one hour. He did touch on the idea that straight men don't cheat as much as gay men do because gay men are in a male-male relationship as opposed to straight men being with women. He explained that because gay men have experienced that huge moment of coming out to people, they are more open and frank with their sexuality than straight people. 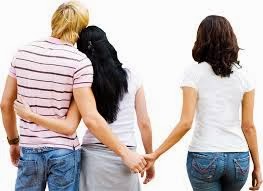 Savage talks concerns me because as a gay male I am worried about the effect his influence and thoughts will have on the gay community, which is very much sexually overt in everything already. There are darkened sex rooms in nightclubs, saunas and beats and the explicit nature of apps such as grindr and scruff has men sending naked pics to random people all the time.

During my decade as a practicing homosexual, I have been on my fair share of dates. In 2008, 2010 and 2012 I was seeing three individual men. Between the first and third dates, they each revealed to me that they already had a boyfriend. What really got to me was the fact that with two of them, it had led to sex and that all three of them mentioned this news like it was no big deal and it should not bother me. Well it did and I feel justified in being angry by it. Upon taking out my frustrations to twitter with the last one, I was told by one tweeter that even though this guy approached me at a bar, offered to buy me a drink, instigated a kiss and asked for my number that I STILL should have asked if he had a boyfriend! That's absurd! 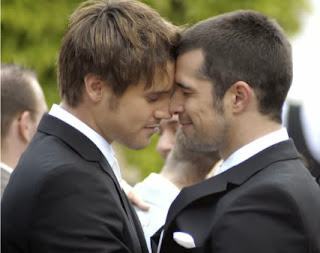 With Savage coming out and giving such "advice" he spurs the gay community into being even more sexual and promiscuous. He is virtually giving "permission" for people (both gay or straight) to cheat on their partners and making the one that is getting cheated to be guilted into accepting it, because "hey, we've been together for three years and you've only cheated once".

Call me old fashioned, but at the end of the day, if my boyfriend ever cheats on me - that's it. There will be no second chances. For me, being in a relationship means sharing something and creating something that no one else can have.

Going by the applause at the Opera House, there are a lot of people who support his ideas and just like he is able to express his opinion, I am expressing mine, but I do wonder how they would react if the reality of it were to present itself to them.
Posted by Myron My at 18:39