Is the Walking Dead sexist? 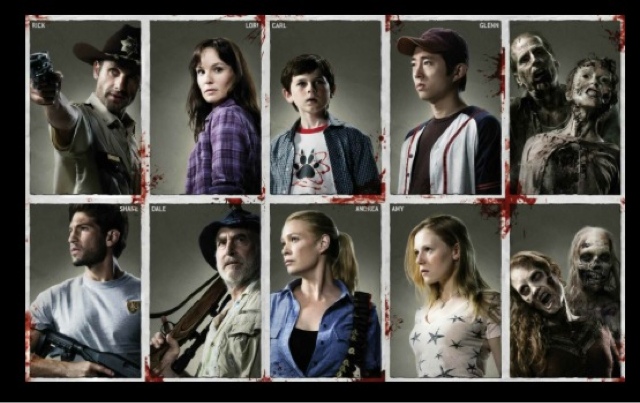 In the beginning of the seasons, I remember the four women, Andrea, Carol, Amy and Jacqui (who later killed herself) washing their clothes when Shane attacks Carols’ husband Ed for abusing her. The four women stood back screaming at Shane to stop, even Andrea. In later episodes, once he was dead, Carol felt guilty for wishing dead the man who beat on her and abused her daughter. Even now that her husband – and daughter – are dead, Carol is still shown as a weak person constantly being protected by the men of the camp, including T-Dog who sacrificed himself to save her and Darryl. Furthermore, Beth has been nothing but a babysitter for the most of season 3. We actually saw her kill two walkers in the finale behind the gates but least she got to do something. Oh, and let’s not forget her own attempt at suicide in Season 2. Luckily now she stays under the watchful eye of her father, Hershel.

Lori’s death although tragic, was again, another example of how the women of Walking Dead are just there because they are. Throughout season 1 and 2 all Lori did was flit between Rick and Shane – and almost get raped by the latter - and once the writers got bored with this storyline, they decided to give her something else to do and make her pregnant. So instead of having her moan about which man she wants she is now going to be all maternal and moan about the life of the baby (and who the father actually is). Then the writers decide she will kill herself – another female suicide – to save the life of her baby. The ultimate sacrifice a woman can make obviously. It was a heart wrenching moment but no one cared about Lori’s death - she was not a fan favourite - they cared about the reaction of her death by her Carl and Rick.

Even Michonne, who is strong is damaged woman. No one can relate to her because she is so cold. Unlike the men - Rick, Darryl and Glen - who viewers can connect with because they show emotion and care about things. The first glimmer of emotion we got from Michonne was in the season 3 finale when Andrea decides to kill herself. It will be interesting to see how the character develops in Season 4.

Which brings me to my biggest gripe of the women characters; the development of Andrea. In season 1 she was a strong woman – even dealing well with the death of her sister Amy. But then it’s almost like the writer’s decided that they couldn’t have a strong female character in such a show so they had her contemplate killing herself at the end of Season 1. Season 2 was pretty much Andrea being looked after by Dale until he dies and then she laments his death. There is even a scene where Lori has a go at Andrea for standing on the RV looking out for zombies and holding her gun rather than doing her household duties like cleaning and cooking. However there is hope in her character when she begins having shooting lessons by Shane and becomes a pretty good shot. However, all that disappeared come season 3. In Season 3, the writers killed her before she even died. Having spent 8 months surviving in the forests with Michonne, the writers come to the logical conclusion that she would choose to remain in Woodbury, besotted by the Governor. As if a woman can only feel two emotions in Walking Dead, fear and love.
The fact that she stays with him after Michonne leaves, after she finds all the heads in the fish tanks and after she finds out what the Governor is up to is so hard to swallow for anyone to do. Even Carol tells her she needs to kill him while he’s sleeping but instead she sleeps with him! It was these poor decisions that made Andrea a shell of what she used to be. And to top it all off, to have her bitten by a single zombie and then “heroically” taken her own life (how many suicides is that?) after being so capable of killing them was insulting to viewers.
The thing that really annoyed me about this is that in the comics she is an integral part of the group, a strong woman who is their best shooter. She has remained loyal but independent too and never wavered over to the Governor’s side. She is strong, she is smart and she is cunning, which are traits the writers of The Walking Dead (which is mainly male) refuse to give to their female character on the show.

I’m really hoping the writers begin to really show a few different sides to the women in Season 4. We have such complex characters in Rick, Carl, Glenn and Darryl yet they seem to stick to the stereotypical Stepford Wife-like characters for its women. We’ve seen women can kick ass in zombie movies and shows. If Carl can be given a gun when he is just a child, then why the hell not the women – and not just to clean it. 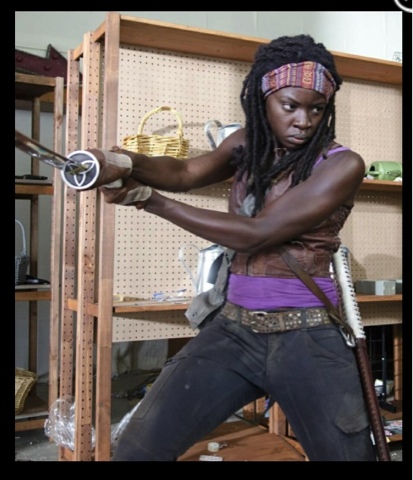