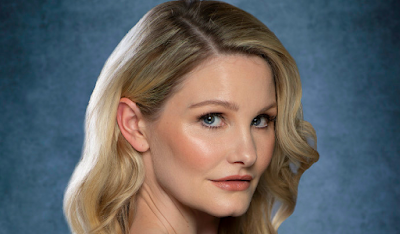 Last year, comedian Isabella Valette told us just how far she'll go to get the job done in How Far I'll Go. Now, with her upcoming Melbourne International Comedy Festival show, In A Cage That Looks Like Freedom, Valette not only shows us how far she'll go but also how far she's come as she unpacks all of the mistaken ways we try to bring meaning in our lives.

"I wanted to create a show that encapsulates my fascination with what I like to refer to as ‘the glorious sea of the crowd'; events where people come together and fuse into one energy. What happens when we celebrate as a collective?" Valette asks. “I’m also interested in people who think of life as a game with different hacks to make yourself and your life better and be happy. My own ideas of happiness changed in the past twelve months, which was the impetus to write this show and it forced me to clarify what happiness is, but if you want to know the answer, then you’ll have to see the show," she laughs.

But reaching this point has been a long and winding road for Valette, having studied and worked in the arts and entertainment industry for over a decade. "I studied full-time dance first and then I went to London and completed a degree in Musical Theatre, and was cast in a sketch show at Edinburgh Fringe with some actors from drama school," she recalls. "I saw what people were doing there so I decided to write something myself and when I came back to Melbourne I wrote Media Release, a 4-hander for the Melbourne Fringe Festival in 2014. From there, I made it a one-woman show as it was near impossible to get a bunch of actors on tour and then kept going with my solo work."

"At the same time I was doing heaps of musical improvisation with Impromptunes and The Big Hoo Haa but I soon recognised that I was more fascinated by narrative and to sharpen my writing I needed to branch into stand-up," she explains. "I’d love to do writers ' rooms, and write on TV shows, and stand-up is a great way to determine how to write efficiently and how to elicit a response from an audience.

To many, stand-up would be one of the most daunting careers someone can take. Successful comedians need to be vulnerable and open to strangers all the time. There's nothing to hide behind like a theatre performer might with other actors, scripted dialogue or props. However, it's a challenge that Valette looks forward to and something she credits her improvisation skills in helping her to excel in. "Stand-up is difficult because there’s no ambiguity about how well you’re doing in the moment. In a theatre performance you can’t tell if everyone watching hates it or not as they are generally quiet. In comedy, if you go for a punchline and nobody laughs, the whole room knows. We’re attuned to certain rhythms in comedy so you know when someone’s going for it," she says.

"I've been making up jokes on the spot, working off other people’s ideas, creating songs that rhyme, and forming narratives that make sense for years in improv. I’m used to that now, and actually find it fun, but you could easily argue that that is more challenging than getting up and knowing what you’re going to say, especially knowing which bits work," she tells me. "What makes stand-up so hard is if what you’ve prepared sucks or the audience aren’t digging it, then it’s hard to turn it around. Therein lies the skill in experienced stand-ups: they have an entire catalogue of stories and jokes and can pick and choose and change the energy and also improvise with audience members from the stage and understand what they want and need."

With the amount of time spent on this show, it sounds like Valette is more than set to have all eyes firmly locked on her. "I’ve been working on In A Cage That Looks Like Freedom for a year, doing stand up spots, writing jokes, and constructing the narrative and themes in my head. I’ve tested it, hated it, redone it, tweaked it, and then opened it and performed it a few times and it is after all that that I realised it’s working. For me, the only way out is pushing through with these things."


1) When did you realise you were funny?
I think as a kid I just went for it and was always trying to be funny and just assumed I was. Growing up, people used to tell me I should do stand-up or be a comedian and I used to always think that I could never do it though. It took me years to actually try stand-up.
2) What is your favourite word?
Effervescent. I think it looks pretty, sounds pretty, and makes me look a little bit cool and intellectual when I say it’s my favourite word.
3) If you were arrested with no explanation, what would your friends assume you had done?
I think a lot of them would assume it was some kind of horrific misunderstanding of me dressed as a clown on the way home from a kids party.
4) If animals could talk, which would be the rudest?
I’m thinking a low status lion, but perhaps that’s because I watched too much of The Lion King as a kid.
5) Which character from a TV show most reminds you of yourself?
Scar from The Lion King. Nah, just kidding, that’s a movie. Probably Daenerys Targaryen from Game of Thrones. I’d like to think I’m good but if I was given a lot of power there’s a strong chance I’d become a dictator.