My top ten films at the 2014 Melbourne International Film Festival

These are my top ten:

I don't think Xavier Dolan can do any wrong. He gets such amazing work from his actors - in this case Antoine-Olivier Pilon, Suzanne Clement and Anne Dorval, who just about steals every scene she is as the mother to Steve, a troubled, violent youth who returns home.
The writing is flawless and Dolan creates a story that demands your attention. Some beautifully shot scenes including the "dream sequence" and a soundtrack that supports the development of the story. Cleverly filmed aspect ratio comes into effect at pivotal moments of the film too.
It reminded me a little of I Killed My Mother but (and not wanting to take away from its greatness either) much stronger all round.

I have been judged by a few people for placing a horror film so high up on my list but credit given where credit is due. It was a refreshing take on a genre that has no swearing (that I can remember), no sex, no nudity and minimal gore. That's right.
Two siblings face a mirror intent on creating destruction and death to any living thing it comes across. Sounds silly but it comes with genuine frights and some great acting, especially from the two playing young and old Kaylie - Karen Gillan and Annalise Thwaites.
The scariest film I've seen since The Conjuring, which I coincidentally watched this time last year.

Taking out the honours of my top documentary, is Advanced Style where Ari Seth Cohen roams the streets of New York looking for the most stylish and creative older women to photograph. This is their story and we get an insight into these wonderful ladies who are determined to not allow getting older dampen their fun.
We get a great sense of who these women are and there are some bittersweet moments when you consider their frailty and the awareness that they don't really have much time left here.
As corny as it sounds, this is not a documentary about fashion but a documentary about life and how to live it.

My second, and final, documentary in my top ten. During 2012 -13, Johannes Holzhausen's camera was free to roam throughout Vienna's grand Kunsthistorisches Museum and film a unique behind the scenes experience.
As an avid art goer, I was more than excited and captivated by it from the very beginning. There are a myriad of stories that emerge and watching paintings and sculptures being restored and being a fly on the wall in meetings and discussions about the museum was divine.
My only complaint, if I can have one, is that it was too short. Could easily have sat through another 90 minutes.
The trailer is not in English but it is still an immense visual feast!

I will admit, I am not a fan of Australian cinema in general and I grudgingly went along to this screening because I had an empty slot and boy was I in for a more the pleasant surprise. Even the plot, about a young boy who enters a national paper place competition sounded boring as hell to me, but from the first few minutes I was hooked.
There are some big names here, who despite having a limited role, really shine through - and let's be honest, anything with Deborah Mailman is pretty awesome. I'm also wary of "child protagonists" but the younger cast, in particular Ed Oxenbould, were very impressive.
Loved the Japan location filming too.
Sadly, can't find a trailer online, so movie poster will have to do… 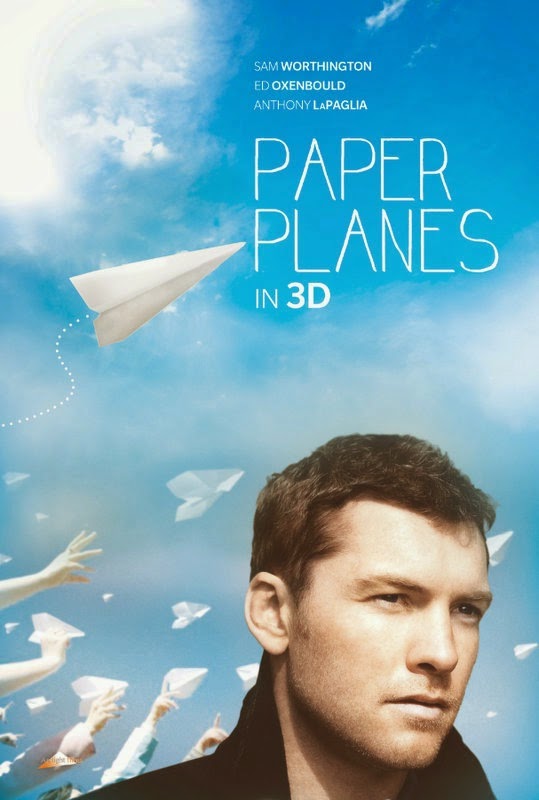 It's been a great year for horror films at MIFF, including It Follows. A demon(?) slowly but constantly walks towards you in human guise. No matter how far away you get, they will continue to walk towards until they touch you and kill you. The only way you can escape is by having sex with someone in which the demon then begins to stalk instead. Sounds crazy and stupid? Yes. But taking itself completely seriously it creates an environment of tension and images of the old woman crossing campus or that extremely tall man are still fresh in my mind.
Sadly, cannot find a trailer or any videos of this film either, so here's a pic: 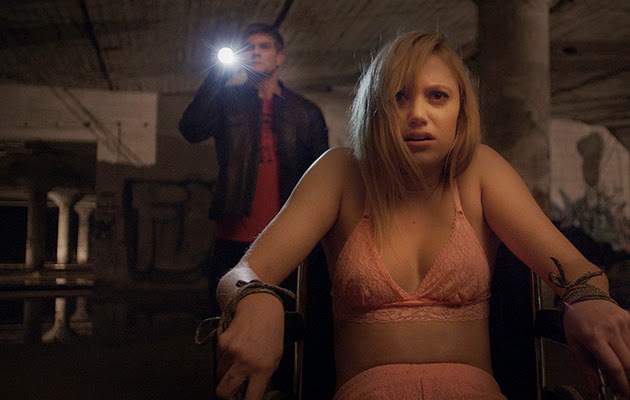 Another film I actually saw because I had a free slot as otherwise I would not have made the effort. But this Italian "perspective" film is quite well done. Following three different characters, we see a chain of events - some small, some large - that will change the course of their lives.
It is well paced and the suspense whilst not obvious does creep in and linger, even if the main "mystery" can be guessed quite a while before it's revealed.
I love foreign films for the actors it introduces me to, and in this case, it was Valeria Bruni Tedeschi. Shining throughout and played with such subtle honesty.
Again, could not find an English subtitled trailer...

I walked out of this film knocked out by the performances of Kristen Wiig and Bill Hader as emotionally unstable siblings who reunite after ten years apart. I wasn't sure how Wiig would be in such a role but she really nailed it and the chemistry between her and Hader was evident and Luke Wilson and Joanna Gleason are strong as the supporting characters.
Honest and fragile look at how vulnerable we all really are, it was strengthened by a great script and another great soundtrack.


For someone who says they don't like Aussie cinema but to have TWO Aussie films in his top ten list, i might have to change that opinion. A character story on one man seeking redemption and another seeking revenge after the death of a young girl. Very slow moving but the performances by Daniel Henshall and Matt Nable are so intense and full of nuance you don't even realise.
Loved the metaphor of an environment being destroyed to convey more to what was going on in the two lead's heads.
This has a limited run at ACMI so be use to check it out if you're in Melbourne.

So there you have it, and just as a guide, here is the rest of the films I saw, ranked:

Black Coal, Thin Ice
Miss and The Doctors
Praia Do Futuro
Web Junkie
The Third Side of the River
Kumiko: The Treasure Hunter
Remote Control
Iranian
Journey to the West
Soft in the Head
The Unity of All Things
Posted by Myron My at 19:44