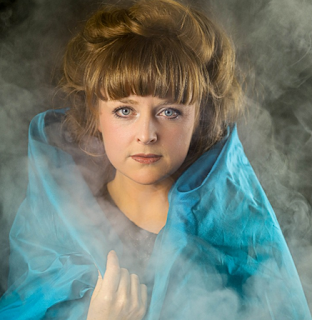 Lucy Fox was part of a Christian cult aged 15, toured Australia with a sociopathic musician at 22 and hitchhiked across the Balkans at 30. These moments of her life are what form the basis of her new Melbourne Fringe Festival show, Placebo, where she reflects on the role these incidents have played in getting her to where she is today.

Fox is warm and welcoming as she begins her story and it is skillfully paced so that the build up to what happens next is well sustained. At times, things become quite wacky, but we are reminded that everything she shares with us actually took place so when we find out what her sociopathic friend, his father and a German Art Gallery owner have in common, our jaws drop. Similarly, her experience of living in a cult in Kent is as entertaining as it is intriguing, including how her Christianity may have been responsible for securing Scott Morrison the position of Prime Minister of our country.

There’s a great flow to Fox’s storytelling, she never rushes to get to the next point and while there’s a few instances where she stumbles over her words - most likely due to being the second time she’s ever performed this very personal show - she maintains a balanced rhythm and tone. The ending occurs quite abruptly though, so work is required on that to ensure all the narrative threads come together to guide us into a natural conclusion.

The music in Placebo is where the highlights lie, with its folk and blues mix adding a nice contrast to Fox's whimsical offbeat adventures. She sings numerous songs between stories that further set the scene and explore the emotional aspects of these events, such as what it’s like to fall in love with the same man twice and how difficult relationships can be.

Fox has also studied to be a nurse. Someone once told her that at least she'll always have that to fall back on if her performance career doesn't take off. With what Fox displays with Placebo (and with The Travelling Sisters), she won't need to worry about.